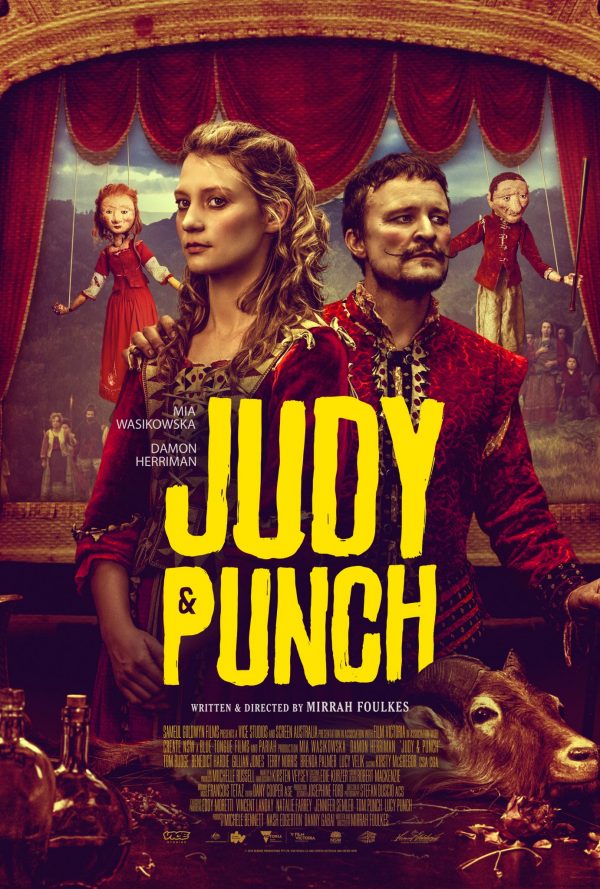 In the anarchic town of Seaside, nowhere near the sea, puppeteers Judy and Punch are trying to resurrect their marionette show. The show is a hit due to Judy’s superior puppeteering, but Punch’s driving ambition and penchant for whisky lead to an inevitable tragedy that Judy must avenge. In a visceral and dynamic live-action reinterpretation of the famous 16th century puppet show, writer/director Mirrah Foulkes turns the traditional story of Punch and Judy on its head and brings to life a fierce, darkly comic, and epic female-driven revenge story, starring Mia Wasikowska and Damon Herriman. (106 mins)

“What a killer debut this is; that’s the way to do it.” – Cath Clarke, Guardian

“Thanks to director/writer Mirrah Foulkes for this entertaining gift of dark humor combined with female revenge. It’s both funny and scary!” – Betty Jo Tucker, ReelTalk