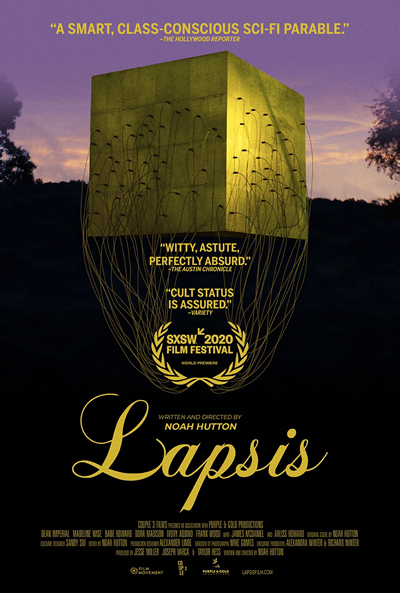 Set in the not-too-distant future, this smart science fiction satire is a biting critique of high tech corporatism by indy filmmaker Noah Hutton. The story follows a struggling Queens delivery driver whose economic anxiety leads him into a strange new realm of the gig economy. He joins a team of laborers who must trek deep into the forest, pulling cable over miles of terrain to connect large, metal cubes that link together the new quantum trading market. He soon must choose to either help his fellow workers or get rich quick and get out. (104 mins)

“A refreshing instance of world building where the emphasis is on satirical wit, activist smarts and character, it feels like one of those movies we’ll be looking at decades from now…” – Robert Abele, Los Angeles Times

“Lapsis isn’t a polemic, it’s a caricature, and all the more likable for having its claws sheathed in velvet.” – Jeanette Catsoulis, New York Times