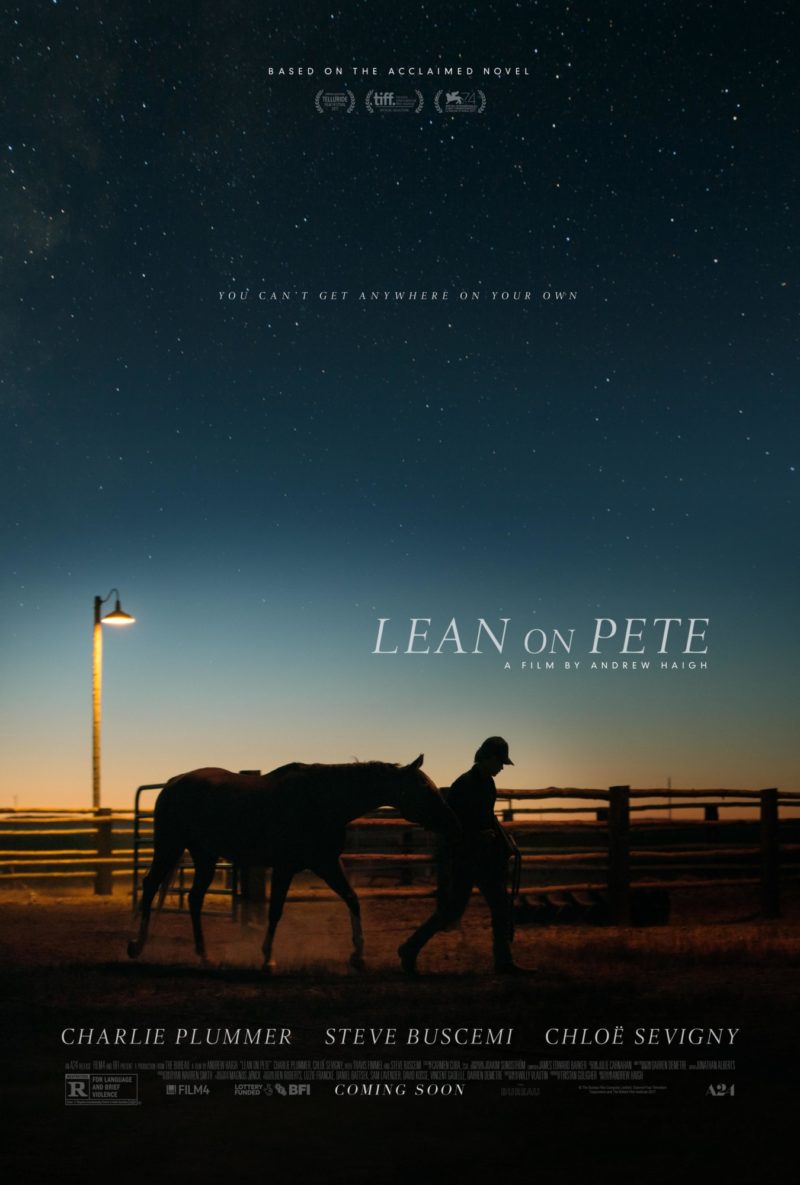 Fifteen-year-old Charley Thompson (Charlie Plummer) arrives in Portland, Oregon with his single father Ray (Travis Fimmel), both of them eager for a fresh start after a series of hard knocks. While Ray descends into personal turmoil, Charley finds acceptance and camaraderie at a local racetrack where he lands a job caring for an aging Quarter Horse named Lean On Pete. The horse’s gruff owner Del Montgomery (Steve Buscemi) and his seasoned jockey Bonnie (Chloë Sevigny) help Charley fill the void of his father’s absence—until he discovers that Pete is bound for slaughter, prompting him to take extreme measures to spare his new friend’s life. Charley and Pete head out into the great unknown, embarking on an odyssey across the new American frontier in search of a loving aunt Charley hasn’t seen in years. (121 mins)

“There’s almost a cosmic dimension to some of the most beautiful passages, as if the world (call it nature or God or sensitive direction) were holding Charley in its embrace.” – Manhole Dargis, The New York Times

“Again and again, I marveled at the humanist depth of the world Haigh creates, one that can only be rendered by a truly great writer and director, working near the top of his game.” – Brian Tallerico, RogerEbert.com