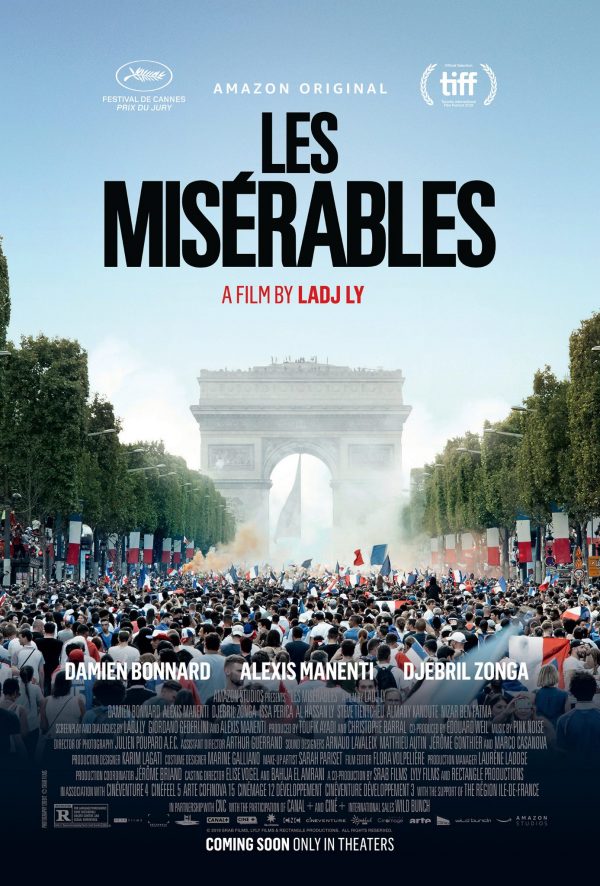 Inspired by the actions of immigrants in their ongoing struggle for social and economic justice in France, this update of Les Misérables is directed by French-Mali filmmaker Ladj Ly. The story follows Stéphane (Damien Bonnard), a recent transplant to the impoverished Paris suburb of Montfermeil, as he joins the local anti-crime squad. Working alongside his unscrupulous colleagues Chris (Alexis Manenti) and Gwada (Djebril Zonga), Stéphane struggles to maintain order amidst the mounting tensions between local gangs. When an arrest turns unexpectedly violent, the three officers must reckon with the aftermath and keep the neighborhood from spiraling out of control. Academy Award nominee for Best International Feature. In French with subtitles. (R, 106 mins)

“It’s an urgent portrait that captures a much different Paris than the original 1862 novel, but its themes remain. Victor Hugo would be proud.” – Adam Graham, Detroit News

“With ‘Les Misérables,’ Ly delivers a passionate protest on behalf of an entire generation, whose future has largely been foreclosed.” – Ann Hornaday, Washington Post