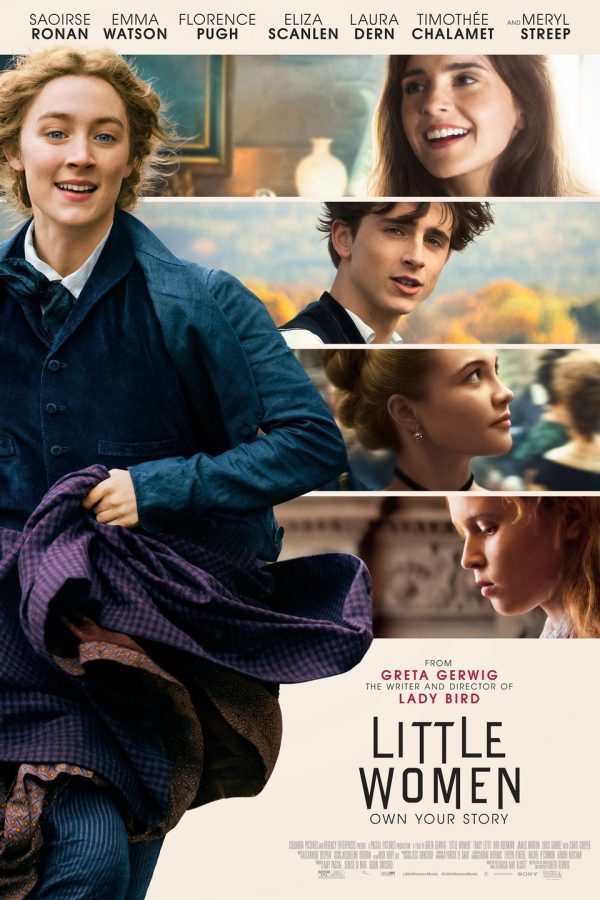 Following the lives of four sisters, Amy, Jo, Beth and Meg, as they come of age in New England in the aftermath of the Civil War. Though all very different from each other, the March sisters stand by each other through difficult and changing times. This new adaptation of the 1868 novel by Louisa May Alcott is directed by Greta Gerwig (Ladybird). The stellar cast includes Saoirse Ronan, Emma Watson, Meryl Streep, Laura Dern, Florence Pugh, and Timothée Chalamet. (PG, 135mins)

“This is a big, generous-hearted movie, as smart as it is pretty; as an homage to female ambitions, appetites and irrepressible will, it feels both true to its period and entirely of the moment.” – Ann Hornaday, Washington Post

“Warm but never wishy-washy, cosy without being cutesy, this is a superb adaptation of the source and further evidence that Gerwig is the real deal.” – Helen O’Hara, Empire

“Alcott’s March sisters have personalities that could fill any room. They remain delightfully full of spunk, bravery and love.” – Kristin Smith, Plugged In