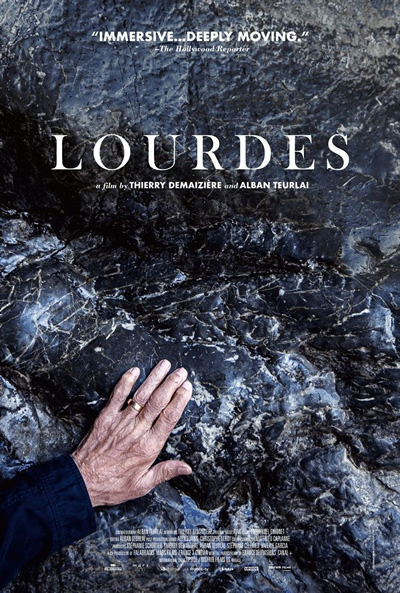 A stunningly beautiful mountainous village in the Southwest foothills of the Pyrenees went from a sleepy scenic town to a sacred wonder after 1858, when a 14-year-old peasant girl claimed to have seen the Virgin Mary in a remote grotto. Today, the town is second only to Paris in the number of annual visitors (6 million), part venerated shrine, part Disneyland (shops selling bottled holy water and Virgin Mary-related tchotchkes). Vast processions of people seeking a miracle fuel a small army of care-givers who accompany them. These pilgrims are a surprising cross-section of humanity: accident victims, the terminally ill, an overweight and bullied teenager, a contingent of aging Paris prostitutes, et alia. Lourdes is an insightful meditation on the human capacity for empathy and hope, and the mystery of religious faith in the face of profound tribulation. In French with subtitles. (92 mins)

“A film of dignity, charity, and profundity… hope is made palpable.” – America Magazine