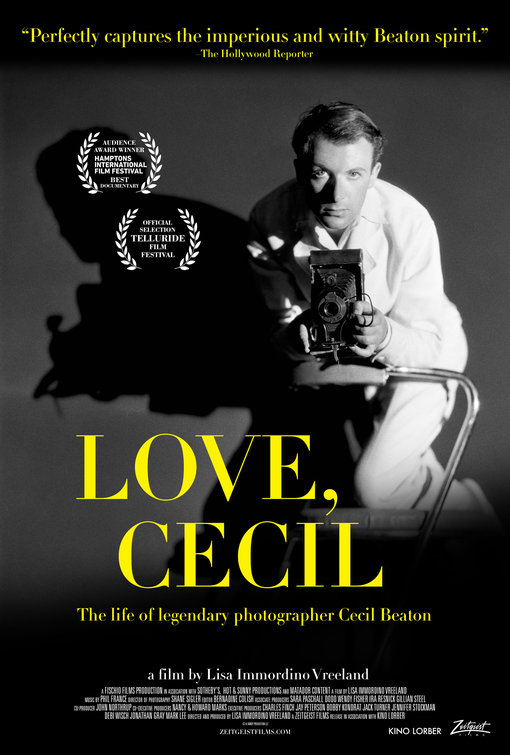 Oscar-winning set and costume designer, photographer, writer and painter Cecil Beaton was not only a dazzling chronicler, but an arbiter of his time. From the Bright Young Things to the front lines of war to the international belle monde and the pages of Vogue and then onto the Queen’s official photographer, Beaton embodied the cultural and political changes of the twentieth century. In this tender portrait, director Lisa Immordino Vreeland (Diana Vreeland: The Eye Has To Travel), Diana’s granddaughter-in-law, blends archival footage and photographs with voice-over of Beaton’s famed diaries to capture his legacy as a complex and unique creative force. (98 mins)

“Vreeland’s willingness to include painful as well as flattering details is what gives ‘Love, Cecil’ its punch.” – Stephen Farber, The Hollywood Reporter

“38 years after his death, Beaton’s name is not so much on everyone’s lips, and one of the pleasures of this film is to revisit his gifts beyond his best known work, the Oscar-winning production design and costumes for ‘My Fair Lady’. – Kenneth Turan, Los Angeles Times