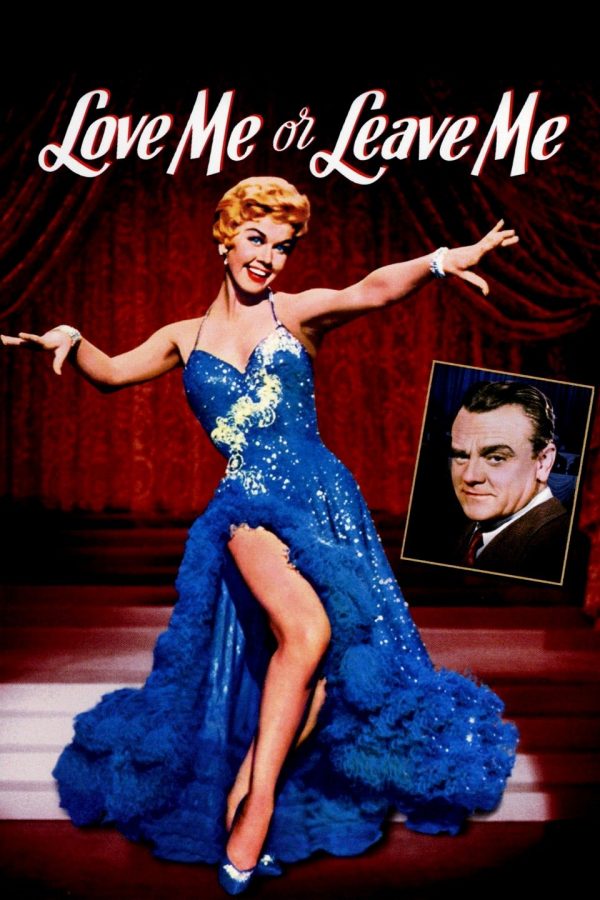 Love Me or Leave Me

This dramatic musical won an Academy Award for its script and a Best Actor nomination for James Cagney. But, above all, it is our tribute to the phenomenal talent of Doris Day, who still holds the record as one of the greatest box office draws in movie history, proving here that she was underrated as both actress and singer. Originally written for Ava Gardner, who turned it down, this film proved, once and for all, that Doris Day was not always a “good” girl. This film counters all her “sweet” comedies as she plays a loose woman in a tight dress and sings “Ten Cents a Dance,” which is the amount she charges. This is the best performance of her career. The other songs, which served to make a huge best-selling album, include “Never Look Back,” “You Made Me Love You,” “Mean to Me,” “My Blue Heaven,” and “I’ll Never Stop Loving You” (nominated for the Oscar as Best Song). Doris proves that no one could sing the blues as naturally and as effortlessly as she did. The final moments of the film, when she sings “Love Me or Leave Me,” are a dramatic highlight. She won the festival’s Best Actress award for Teacher’s Pet and Cagney won for one of the festival’s biggest surprise hits, the comedy One, Two, Three. There are fireworks, both dramatic and musical, as we say goodbye to Doris Day. Directed by Charles Vidor. (1955, 122 mins)