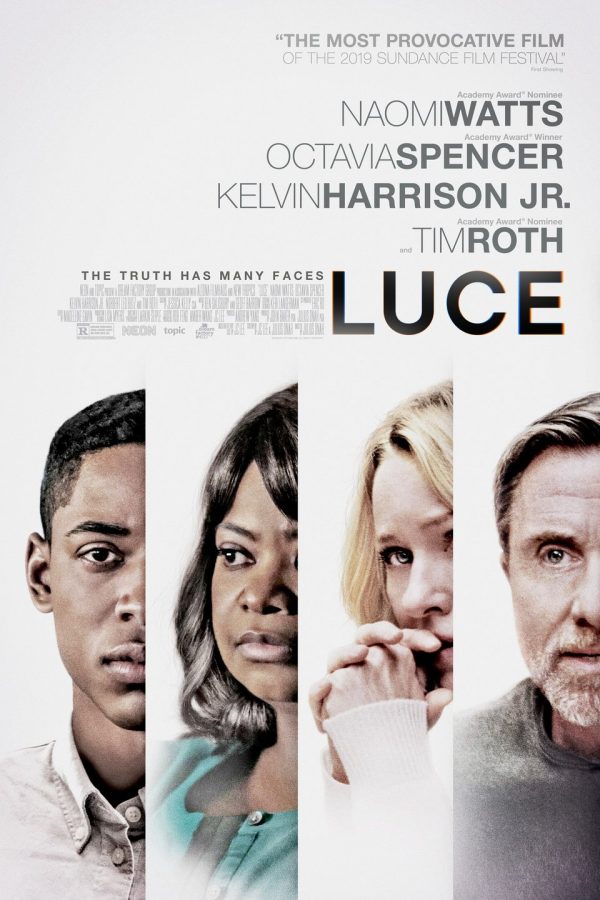 An all-star high school athlete and accomplished debater, Luce (Kelvin Harrison Jr.) is a poster boy for the new American Dream. As are his parents (Naomi Watts and Tim Roth), who adopted him from a war-torn country a decade earlier. When Luce’s teacher (Octavia Spencer) makes a shocking discovery in his locker, Luce’s stellar reputation is called into question. But is he really at fault, or is Ms. Wilson preying on dangerous stereotypes? A psychological thriller from Nigerian-American director Julius Onah. (109 mins)

“This is a powerful film that shows how far some will go to protect the reality they choose to believe. It gets into your head and stays there.” – Adam Graham, Detroit News

“Onah’s lauded Sundance darling handles its hypotheticals of race and power with an emotional density that translates generously from its stage source, care of the film’s playwright (and co-writer) J.C. Lee.” – Sarah-Tai Black, Globe and Mail