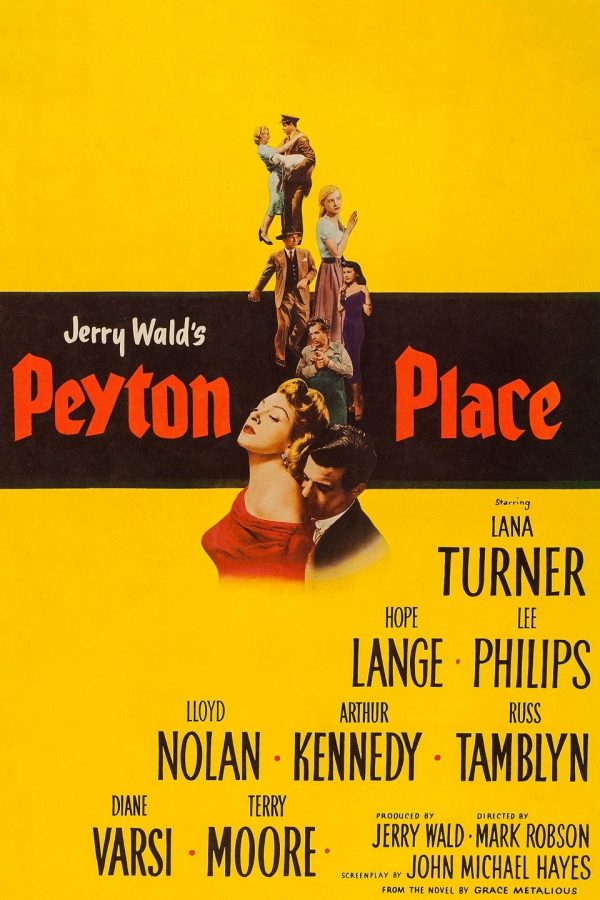 Nominated for nine Academy Awards, this is the movie that chronicles the foibles and superficialities of a small American town, a film that has remained famous for more than six decades, based on the book that sold over 60,000 copies in its first four days in stores—and remained on the New York Times Best Seller list for 60 weeks. It is an example of a movie that is so much better than the novel that preceded it. Those who didn’t read it couldn’t escape from hearing about it, and everyone seemed to agree that it could never be made into a movie. But here it is, if much tamer than expected. Five of its actors were Oscar-nominated, tying a record that has never been matched. Lana Turner received her only Best Actress nomination, creating huge box office when she was involved in a real-life murder in the same week the movie was released. The nominees also included Diane Varsi and Hope Lange as Supporting Actresses; Russ Tamblyn and Arthur Kennedy as Supporting Actors. Directed by Mark Robson with a memorable musical score, it spawned a hit nighttime TV series and two TV movies, but this is the only version with class. The cast also includes Mildred Dunnock, Terry Moore and David Nelson. Mal will talk about the behind-the-scenes scandals which were more salacious than the movie itself. (1957, 157 mins)