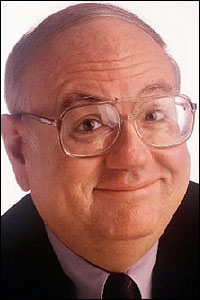 A series of classic films hosted by Mal Vincent on Monday nights in July and August (also Tuesday afternoons without Mal, with matinee showtimes to be announced each week)

What began over a decade ago as an unlikely venture to show a few classic films on the Naro’s big screen, programmed and hosted by movie critic Mal Vincent, now enters its 15th year and has sold well over 35,000 tickets to an audience hungry for real movies and real memories. The summer classic film festival has become an unexpected local institution. Mostly recognized as a movie critic, it is often forgotten that Mal Vincent was Entertainment Editor for the Virginian-Pilotfor over 20 years and worked with all the arts groups during the formative years of the area’s symphony, opera and stage companies – reviewing opera, theater, television and ballet as much as movies. He is now in his 52nd year as a local and national critic of the arts with reviews that have been argued about and syndicated both nationally and internationally. Full Schedule.