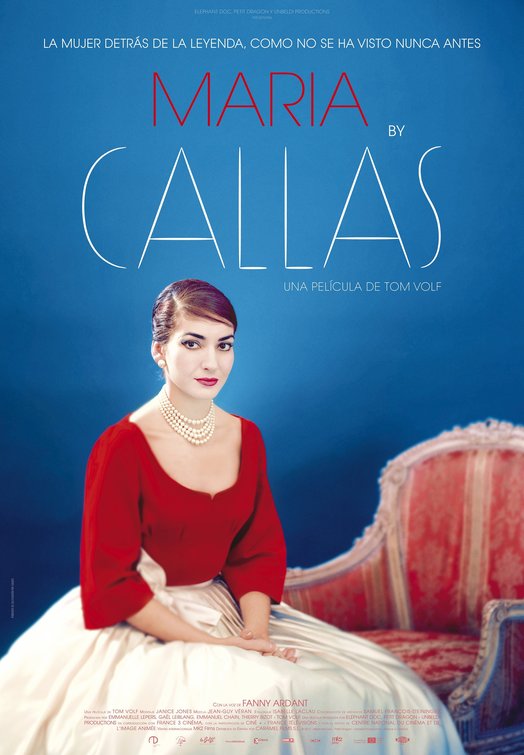 Tom Volf’s new documentary is the first film to tell the extraordinary life story of the legendary Greek-American opera singer completely in her own words. The film reveals the essence of an extraordinary woman who rose from humble beginnings in New York City to become a glamorous international superstar and one of the greatest artists of all time. The film has found rare original recordings and Joyce DiDonato, one of contemporary opera’s biggest stars, reads her words. (PG, 113 mins)

“She made her glittering life seem tragic, even as she denied her own right to feel sorry for herself thanks to everything her gift and her “destiny” gave her.” – Roger Moore, Movie Nation

“First-time director Tom Volf plainly adores Callas — sometimes to a fault — but his film stands as a necessary corrective to decades of bad press. It’s an unalloyed tribute to her as a musical genius who gave all of herself to the public.” – Scott Tobias, Variety