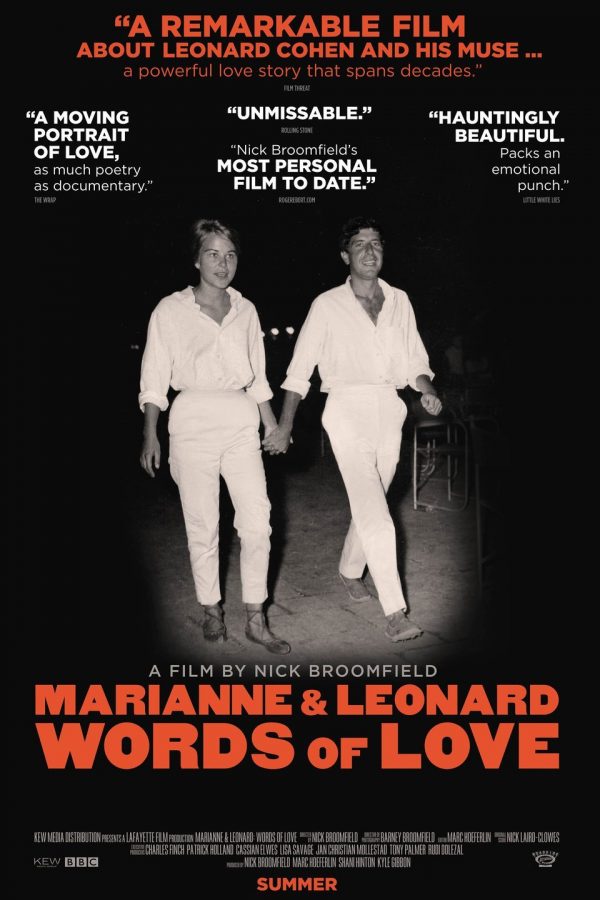 In 1960, Leonard Cohen was a young struggling writer living in a bohemian community of ex-pat artists on the Greek island of Hydra with his lover and Norwegian muse, Marianne Ihlen, As Leonard’s musical career blossomed, the couple went their own ways yet remained friends for their entire lives until their deaths in 2016. This personal story is told by filmmaker Nick Broomfield, also a longtime friend of Marianne. (R, 97 mins)

“Marianne Ihlen emerges as someone of enormous gentleness and dignity.” – Peter Bradshaw, The Guardian

“Fittingly, given that the film from Broomfield (who was also a former lover of Marianne’s) is nothing if not a love letter itself. So long, Marianne. So long, Leonard.” – Brad Wheeler, The Globe and Mail (Toronto)