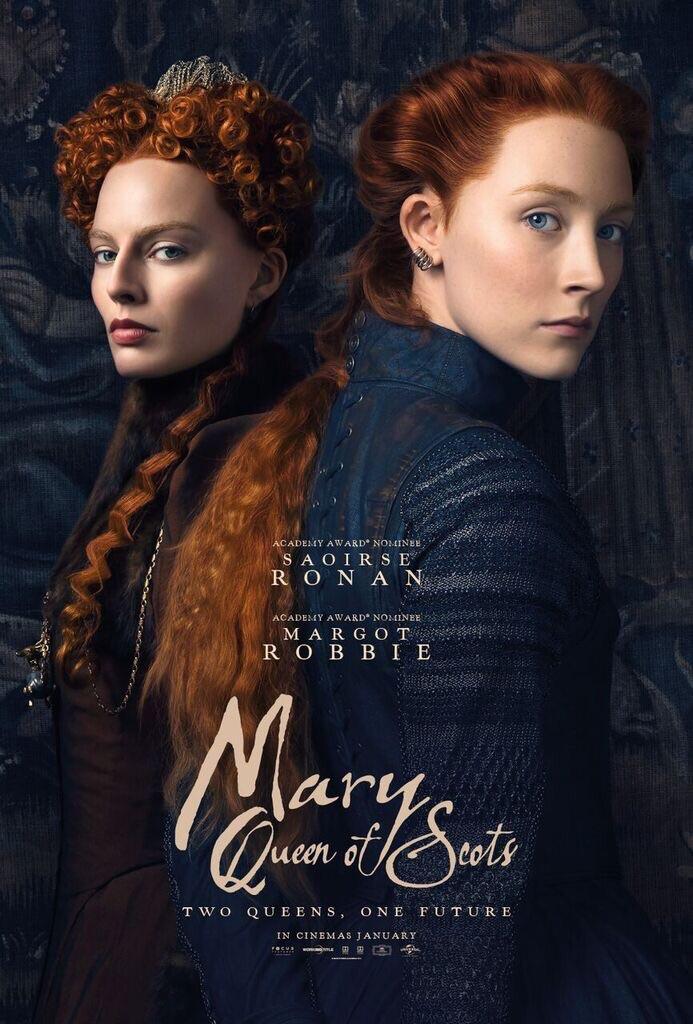 Mary Queen of Scots explores the turbulent life of the charismatic Mary Stuart (Saoirse Ronan, Lady Bird). Queen of France at 16 and widowed at 18, Mary defies pressure to remarry. Instead, she returns to her native Scotland to reclaim her rightful throne. But Scotland and England fall under the rule of the compelling Elizabeth I (Margot Robbie, I, Tonya). Each young Queen holds her “sister” in fear and fascination. Rivals in power and in love, and female sovereigns in a masculine world, the two must decide how to play the game of marriage versus independence. Determined to rule as much more than a figurehead, Mary asserts her claim to the English throne, threatening Elizabeth’s sovereignty. Betrayal, rebellion, and conspiracies within each court imperil both thrones—and change the course of history. Mary Queen of Scots stars two of last year’s Academy Award nominees for Best Actress in a powerhouse duel of forceful personalities, with lives and thrones at stake. With Guy Pearce, David Tennant, Joe Alwyn and Gemma Chan. Directed by Josie Rourke, artistic director of the influential Donmar Warehouse Theatre. (R, 124 mins)

“It is a finely constructed drama, avoiding stuffiness without slipping into camp territory and while diehard historians might disapprove, everyone else will be supremely entertained.” – Benjamin Lee, The Guardian