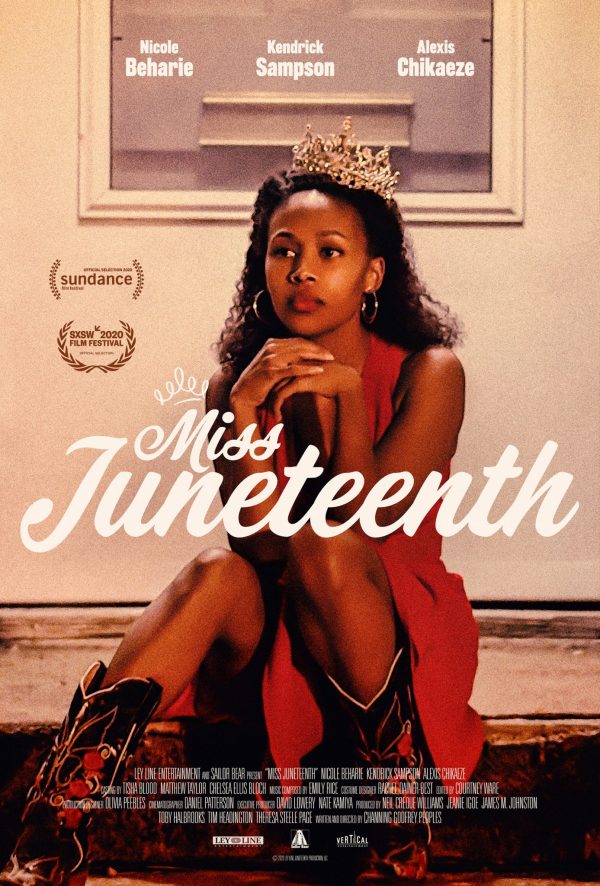 Turquoise Jones (Nicole Beharie) is a single mom who holds down a household, a rebellious teenager, and pretty much everything that goes down at Wayman’s BBQ & Lounge. Turquoise is also a bona fide beauty queen–she was once crowned Miss Juneteenth, a title commemorating the day slaves in Texas were freed – two years after the Emancipation Proclamation. Life didn’t turn out as beautifully as the title promised, but Turquoise, determined to right her wrongs, is cultivating her daughter, Kai, to become Miss Juneteenth, even if Kai wants something else. (103 mins)

$6.99 Click Here to view via Vimeo and your rental price will support the Naro!
(You will be emailed instructions from Vimeo to view the film. Watch via your Computer, Tablet, or Smartphone ∙ Cast via Chromecast or Airplay ∙ View through the Vimeo app on Roku or AppleTV ∙ Or connect your computer or mobile device to your TV using an HDMI cord.)

“‘Miss Juneteenth’ is a rare film that unpacks a lot about being a Black woman in America today. It manages to both find pride in the legacy it examines while also pointing out where reinvention is needed.” – Bedatri D. Choudhury, Hyperallergic

“‘Miss Juneteenth’ is written with hope in mind, and the audience will root for Turquoise. Not a tropey caricature that Hollywood likes to box Black actresses into.” – Valerie Complex, AwardsWatch