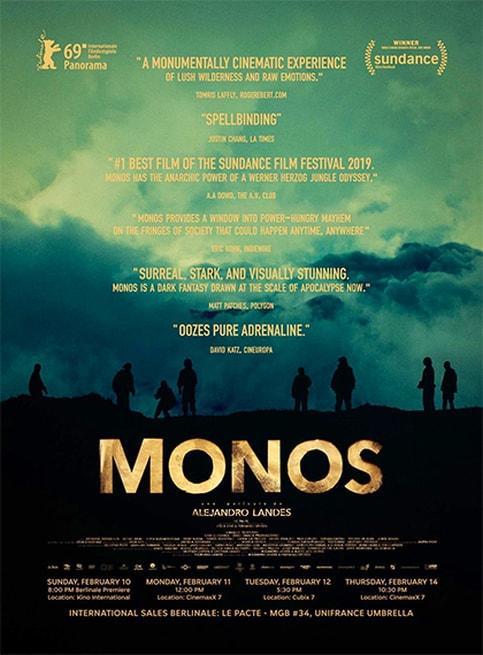 In this atmospheric allegorical tale set in the Andes of South America, a group of teenage commandos perform military training exercises by day and indulge in youthful hedonism by night. It’s an unconventional family bound together under a shadowy force know only as The Organization. They have taken an American woman (Julianne Nicholson) hostage. After an ambush drives the squadron into the jungle, both the mission and the intimate bonds between the group begin to disintegrate. Order descends into chaos and the strong begin to prey on the weak in this vivid, cautionary fever-dream. This Columbian production is the third feature film by Alejandro Landes. In English and Spanish with subtitles. (105 mins)

“An experience at once jagged and lyrical, brutal and beautiful, angry and abstract, scattered and wholly singular.” – Jessica Kiang, Variety

“It’s an intoxicating descent into anarchy that alarmingly suggests the bonds of civility are all too easy to shuck off.” – Peter Howell, Toronto Star