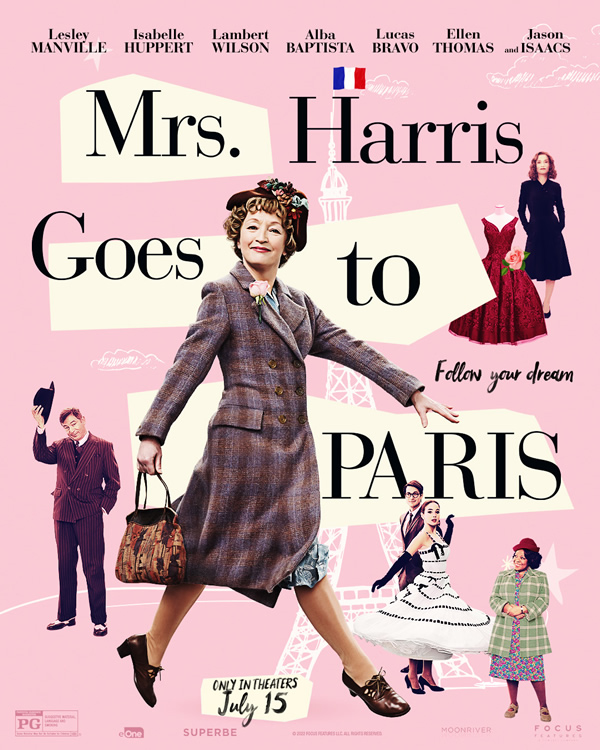 In partnership with the House of Dior, Mrs. Harris Goes to Paris tells the story of a widowed cleaning lady, played by veteran British actress Lesley Manville, who in 1950s London who falls madly in love with a couture Dior dress, and decides that she must have one of her own. After she works, starves and gambles to raise the funds to pursue her dream, she embarks on an adventure to Paris which will change not only her own outlook, but the very future of the House of Dior. The film also stars the internationally acclaimed actress Isabelle Huppert. 94% RT critics and audience rating. (2022, PG, 1h 55m)

“It’s rare to find movies that value the mere idea of beauty, and this one—directed by Anthony Fabian—does so unapologetically.” – Stephanie Zacharek, Time Magazine

“Longing for a sweet little surprise that transports you to a place of pure movie enchantment? Then check out the glorious Lesley Manville as a struggling London maid who travels to Paris to fulfill her Cinderella fantasy of owning a Dior gown.” – Peter Travers, ABC News