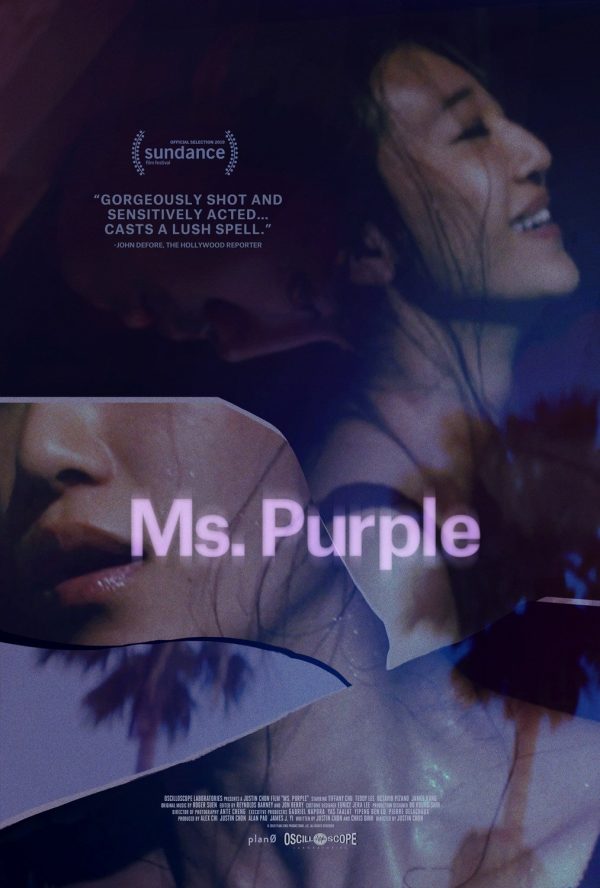 Ms. Purple is a poignant drama about Asian American sister and brother, Kasie (Tiffany Chu) and Carey (Teddy Lee), who were raised and are now seemingly stuck in Koreatown, Los Angeles. Abandoned by their mother and brought up by their father, the siblings continue to struggle with deep emotional wounds from the difficulty of the parental dynamic. Kasie works as a doumi girl, a young hostess paid to cater to rich businessmen’s capricious whims. Now, with their father on his death bed, the estranged Carey comes home to help Kasie care for him. As they reunite over their dying father, Kasie and Carey confront their shared past, attempting to mend their relationship. From Korean American actor-turned-director Justin Chon. (87 mins)

“Chon has become an important voice for the Asian-American experience which remains at the forefront of the vivid stories shared onscreen, their impact lingering long after leaving the theater. Subtle and mesmerizing.” – Joe Friar, The Victoria Advocate

“Each layer is so beautifully, subtly explored, you can get lost in the characters’ emotions or just be swept away by Ante Cheng’s cinematography, which graciously soaks in the street and neons light of Los Angeles.” – Monica Castillo, TheWrap