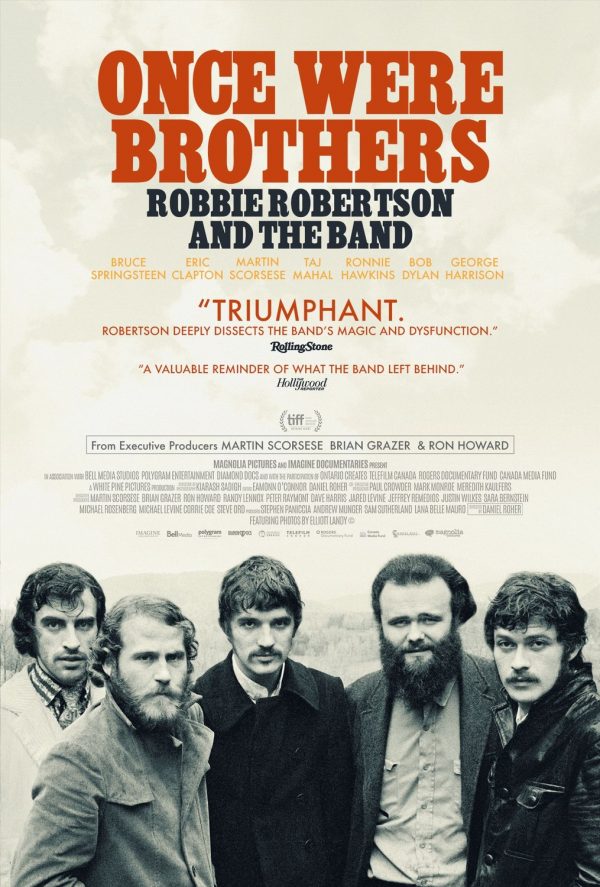 Click Here to visit official site.
Once Were Brothers

Robbie Robertson confesses all in this new documentary about one of the most important bands to come out of the sixties, simply named The Band. The film blends rare archival footage of rehearsals and performances with Bob Dylan, their iconic songs, and interviews with Robertson’s friends and collaborators – including Martin Scorsese, Bruce Springsteen, Eric Clapton, and Van Morrison. Directed by Daniel Roher and produced by Ron Howard’s recently formed Imagine Entertainment (Pavarotti, The Beatles: Eight Days A Week). (102 mins)

Click Here to view via Magnolia Pictures and your rental price will support the Naro!
(You will be emailed instructions from Magnolia Pictures to view the film. Watch via your Computer, Tablet, Smartphone, or Chromecast.)

“It’s no surprise to anyone who’s met him or even listened thoughtfully to some of the greatest rock songs ever written that Robertson would be such an articulate and ingratiating tour guide through all this glorious and eventually tortured history.” – Chris William, Variety

“Has the power to transport you but also to break your heart.” – Steve Pond, The Wrap