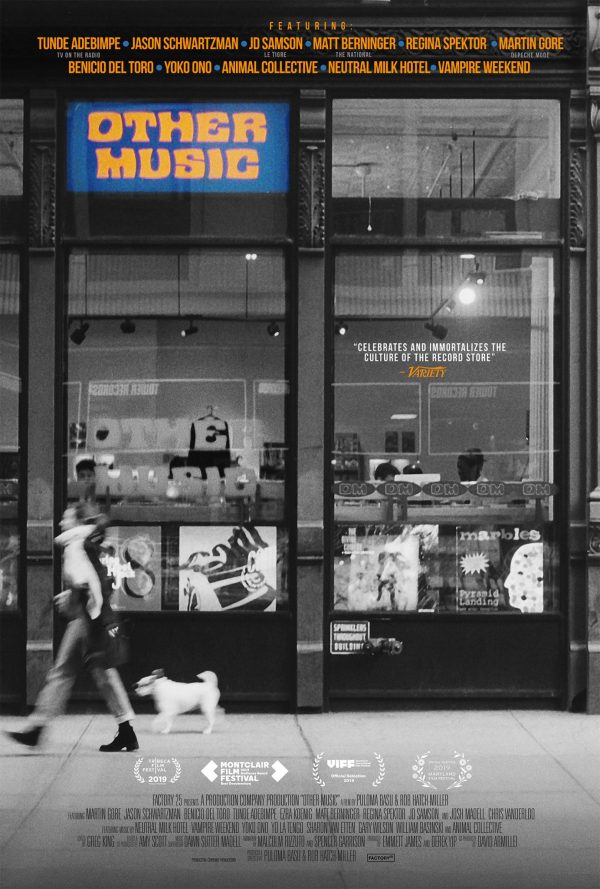 Other Music was an influential and uncompromising New York City record store that was vital to the city’s early 2000s indie music scene. But when the store is forced to close its doors due to rent increases, the homogenization of urban culture, and the shift from CDs to downloadable and streaming music, a cultural landmark is lost. Through vibrant storytelling, the documentary captures the record store’s vital role in the musical and cultural life of the city, and highlights the artists whose careers it helped launch including Vampire Weekend, Animal Collective, Interpol, Yeah Yeah Yeahs, William Basinski, Neutral Milk Hotel, Sharon Van Etten, Yo La Tengo and TV On The Radio. (85 mins)

Click Here to view via Factory 25 and your rental price will support the Naro!
(You will be emailed instructions from Factory 25 to view the film. Watch via your Computer, Tablet, Smartphone, or Chromecast.)

“One of the world’s greatest record stores gets a fitting eulogy.” – John DeFore, The Hollywood Reporter

“Celebrates and immortalizes the culture of the record store.” – Jen Aswad, Variety

“For 21 years, Other Music offered more than just records and CDs… but a public space for conversation, experimentation and concerts… Bittersweet paean that this is, however, it is filled with the joy of happy memories, as one interviewee after another pays homage to what once was.” – Christopher Llewellyn Reed, Hammer To Nail

Other Music Documentary Trailer from Factory 25 on Vimeo.