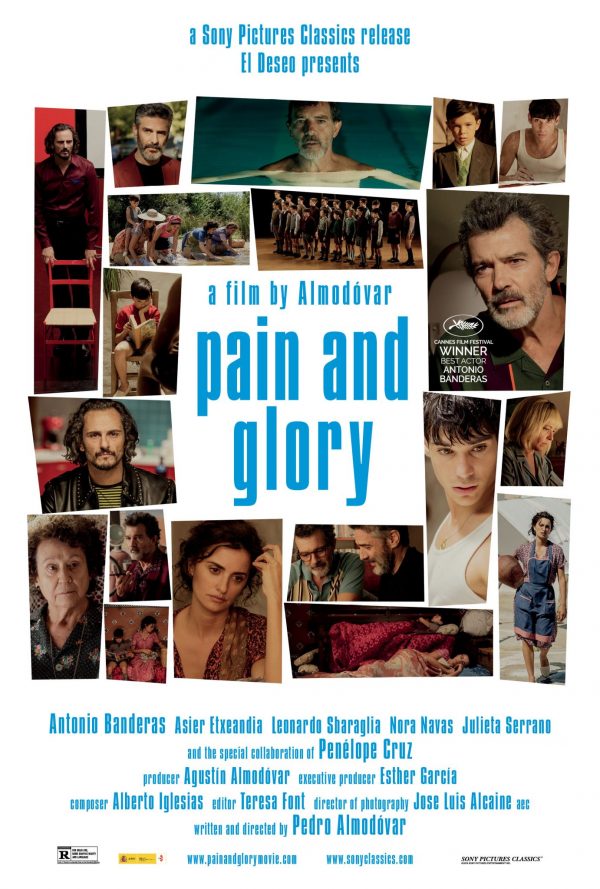 Salvador Mallo (Antonio Banderas), a film director in his physical decline, experiences a series of reencounters. Some of them in the flesh, others remembered. His childhood in the 60s, when he emigrated with his parents to a village in Valencia in search of prosperity; the first desire; his first adult love in the Madrid of the 80s and the pain of the breakup while this love was still alive and intense; writing as the only therapy to forget the unforgettable; the early discovery of cinema; and the infinite void that creates the incapacity to keep on making films. In recovering his past, Salvador finds the urgent need to recount it and, in that need, he also finds his salvation. (R, 112 mins)

“Pedro Almodóvar’s sublime ‘Pain and Glory,’ a story of memory and creation, youth and its loss, circles around the idea of art as self-creation.” – Manohla Dargis, The New York Times

“The artful symmetry is an Almodovar hallmark, and his cinematic memento is filled with the intimate, indelible moments that made a life. You can feel his passion for cinema in every frame.” – Peter Travers, Rolling Stone