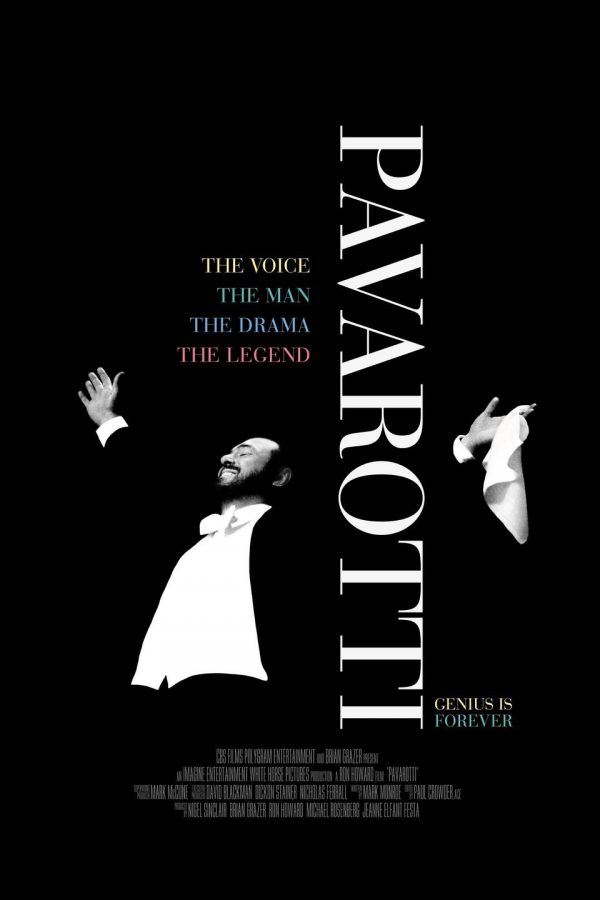 Featuring never-before-seen footage, concert performances and intimate interviews, filmmaker Ron Howard (The Beatles: Eight Days A Week) examines the life and career of famed opera tenor Luciano Pavarotti. Created from a combination of Luciano Pavarotti’s genre-redefining performances and granted access to never-before-seen footage, the film will give audiences around the world a stunningly intimate portrait of the most beloved opera singer of all time. (114 mins)

“The genius of Pavarotti’s voice is that it had the power to heal. The movie pays ample testament to how that voice, for 40 years, poured out of him, rapturous and tragic, soaring on wings of pure emotion, at times wracked with a spiritual pain that was surely his own, but always lifting his audience to the mountaintop of beauty, saying, ‘This is where I live. And you can too.’” – Owen Gleiberman, Variety

“Even for opera neophytes who couldn’t tell a soprano from a tenor, Ron Howard’s brisk, engaging film capably maps out an art form that Luciano Pavarotti ruled for decades, including enough technical insight to go along with an overview of the maestro’s personal and professional highlights.” – Tim Grierson, Screen International