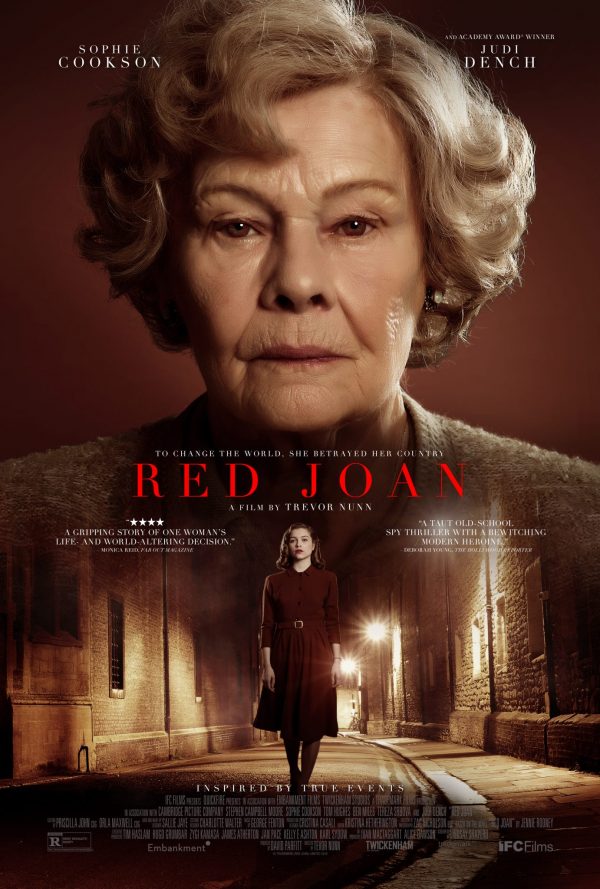 Inspired by the extraordinary true story of Joan Stanley (Judi Dench), one of the most influential spies in British history. Arrested later in life, Joan is charged with providing classified scientific information—including details on the building of the atomic bomb—to the Soviet government for decades. As she is interrogated, Joan relives her student days at Cambridge where she excelled at physics while challenging deep-seated sexism; her tumultuous love affair with a dashing political radical (Tom Hughes); and the devastation of World War II, which inspired her to risk everything in pursuit of peace. Directed by Shakespearean aficionado Trevor Nunn. (R, 101 mins)

“Lindsey Shapiro has captured an intriguing piece of hidden history, showcasing women’s strengths and the overlooked roles they played during the world’s most turbulent times of war.” – Tiffany Tchobanian, Film Threat