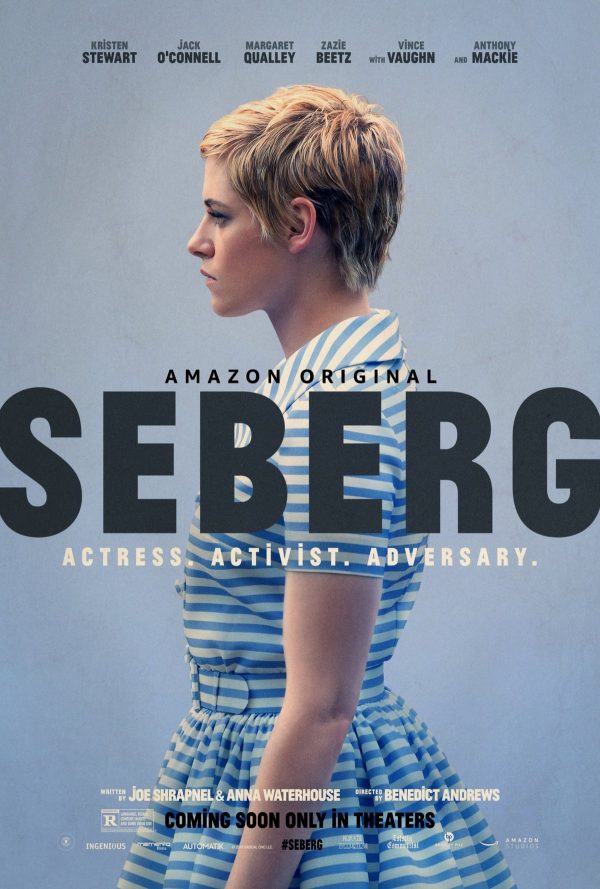 In the late 1960s, French New Wave actress and Breathless star Jean Seberg becomes the target of the FBI due to her support of the civil rights movement and her romantic involvement with Hakim Jamal — a Black Panther activist. She soon finds her life and career in jeopardy as the overreaching government surveillance and harassment starts to take a toll on everything she holds dear. Directed by Australian filmmaker Benedict Andrews and stars Kristen Stewart, Anthony Mackie, and Zazie Beetz. (R, 102 mins)

“The picture is potent and engaging; even its fictionalized elements ring with the spirit of truth. And Stewart is off the charts, though that’s hardly a surprise.” – Stephanie Zacharek, Time Magazine