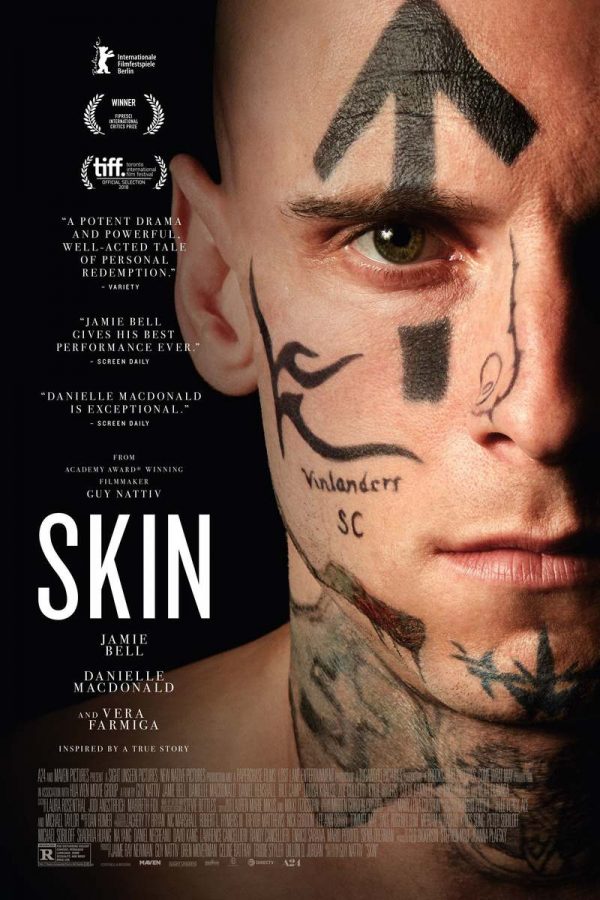 A white supremacist (Jamie Bell in a visceral, explosive performance) reforms his life after falling in love but saying goodbye to his skinhead life isn’t a clean process. He must betray his former gang and work alongside the FBI in order to remove the body ink that has represented his identity for so long, as well as the burden of the gang’s crimes he has carried. Filmmaker Guy Nattiv, whose short film of the same title won the Academy Award earlier this year, makes his English-language feature debut with this galvanizing story of transformation, inspired by actual events. (R, 110 mins)

“‘Skin’ is the amazing story of a man who went to extreme measures to change, on the outside and within his heart.” – Richard Roeper, Chicago Sun-Times

“Jamie Bell gives a pulsating performance in ‘Skin’ as an American neo-Nazi who renounces all notions of white supremacy, to the vengeful fury of his former associates.” – Brian Viner, Daily Mail