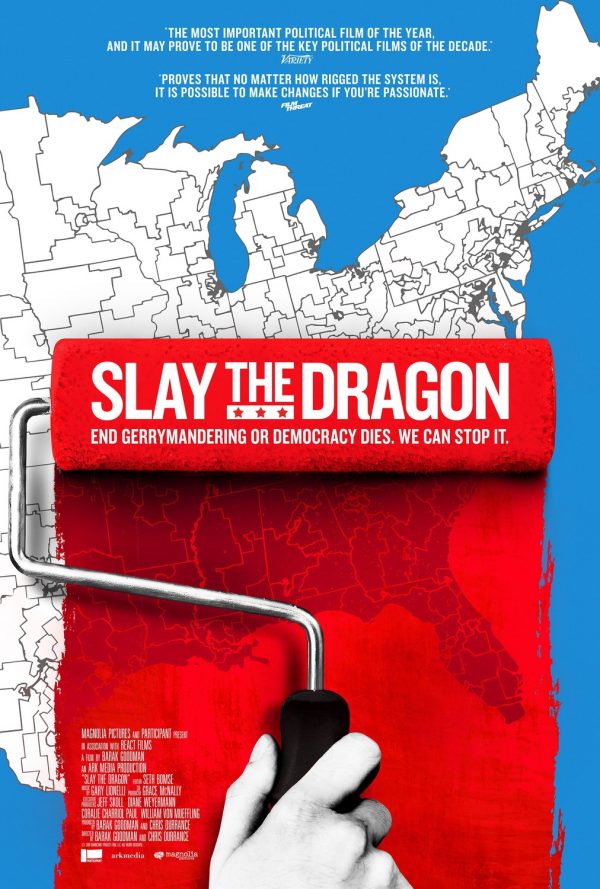 Directed with the full force of an investigation by Barak Goodman and Chris Durrance, Slay The Dragon shows how gerrymandering has become an immensely powerful weapon of partisan advantage, creating an unresponsive and unaccountable government. But ahead of the 2020 elections and a new round of redistricting, voters are fighting back. With exclusive access to influential, citizen-led activist groups, as well as the legal team that brought the most important voting rights case in a generation to the Supreme Court, Slay The Dragon chronicles the civic grit that is turning the tide in the battle for the legitimacy of U.S. democracy. (101 mins)

Click Here to view via Magnolia Pictures and your rental price will support the Naro!
(You will be emailed instructions from Magnolia Pictures to view the film. Watch via your Computer, Tablet, Smartphone, or Chromecast.)

“The most important political film of the year, and it may prove to be one of the key political films of the decade.” – Owen Gleiberman, Variety

“’Slay The Dragon’ is an excellent film that tells the story of how politicians used gerrymandering to cheat the American people out of equal representation for the past decade and how committed, organized citizens can fight back to restore fairness to our elections. With the next redistricting process set to take place in 2021, the message of ‘Slay The Dragon’ could not be more timely or more profound – we must end the era of politicians choosing their voters and give power back to the people, where it belongs. Our democracy is at stake.” – Former Attorney General Eric Holder