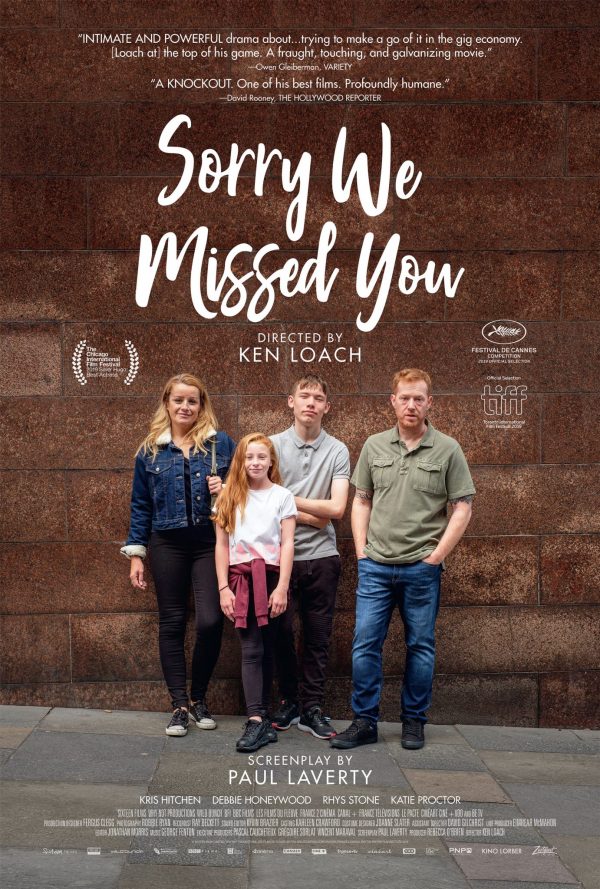 Click Here to visit official site.
Sorry We Missed You

Ricky and his family have been fighting an uphill struggle against debt since the 2008 financial crash. An opportunity to wrestle back some independence appears with a shiny new van and the chance to run a franchise as a self-employed delivery driver. It’s hard work, and his wife’s job as a carer is no easier. The family unit is strong, but when both are pulled in different directions, everything comes to breaking point. Directed by Ken Loach (I, Daniel Blake, The Wind That Shakes the Barley) (102 mins)

Click Here to view via Kino Marquee and your rental price will support the Naro!
(You will be emailed instructions from Kino Marquee to view the film. Watch via your computer, tablet, Chromecast, or through the Kino Now app on Roku or AppleTV.)

“This absorbing and ultimately shattering portrayal of the costs of a late-capitalist system obsessed with convenience, efficiency and nanosecond precision couldn’t be more timely.” – Ann Hornaday, Washington Post

“What makes it one of Loach’s best isn’t just its rage (which is plentiful) but its compassion (which is overwhelming).” – Bilge Ebiri, New York Magazine/Vulture