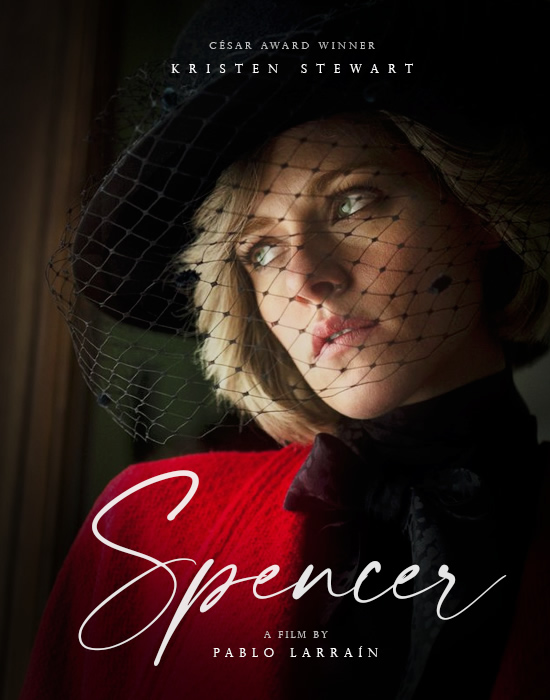 The marriage of Princess Diana and Prince Charles has long since grown cold. Though rumors of affairs and a divorce abound, peace is ordained for the Christmas festivities at the Queen’s Sandringham Estate. There’s eating and drinking, shooting and hunting. Diana knows the game. But this year, things will be profoundly different. Spencer is an imagining of what might have happened during those few fateful days. From visionary filmmaker Pablo Larrain (Jackie, Neruda) with Kristin Stewart, Timothy Spall, Jack Farthing, and Sally Hawkins. (R, 116 mins)

“We’re in a time period where Diana has only about six more years on this Earth, but at least she was able to break free and hopefully experience a measure of happiness in the years after the imagined events of Spencer…” – Richard Roeper, Chicago Sun-Times

“You mostly can’t look away from Stewart, or help yourself rooting for Di to live happily ever after. Personally, I hope Oscar takes the bait.” – Sara Stewart, Book & Film Globe