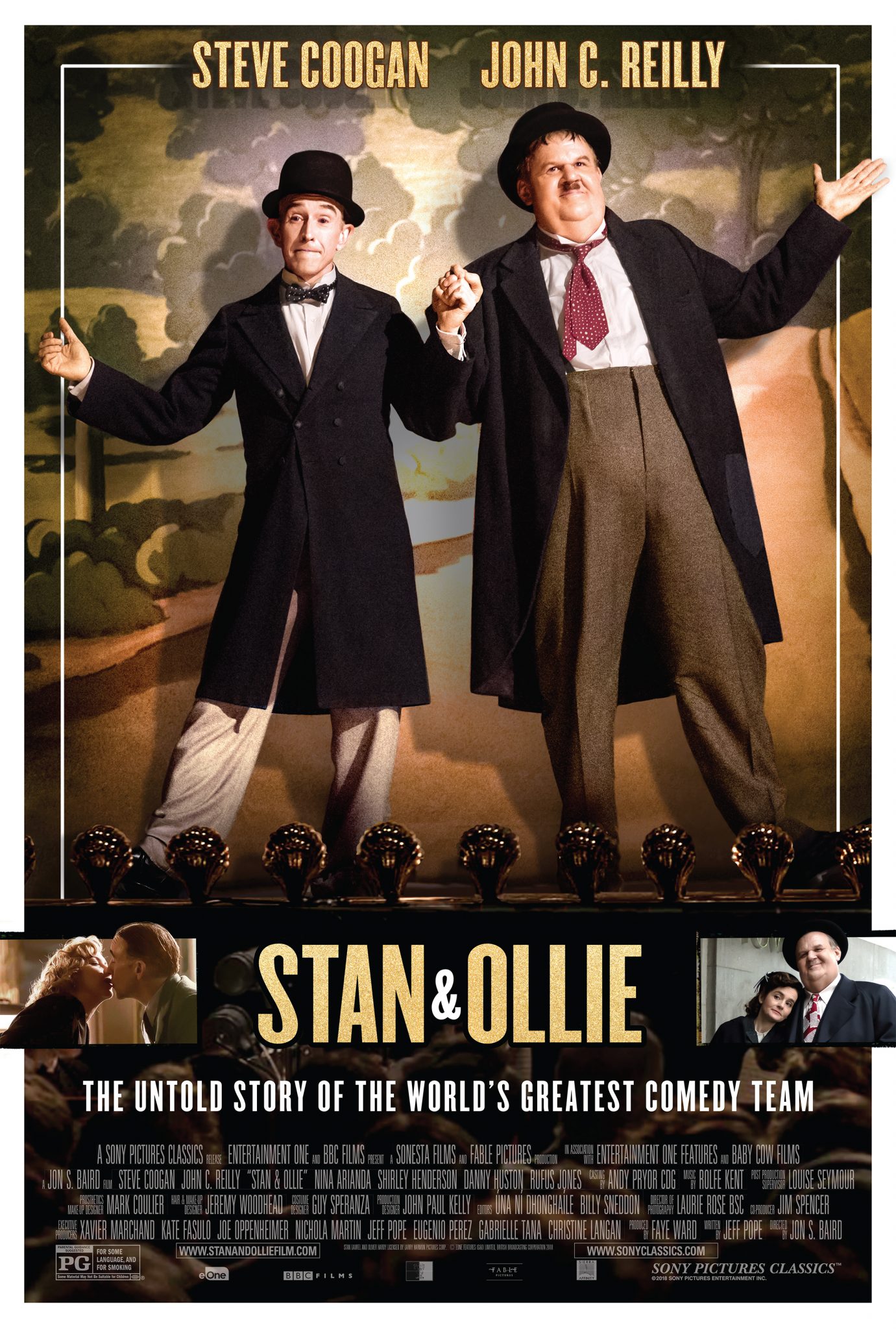 Laurel & Hardy, one of the world’s great comedy teams, set out on a variety hall tour of Britain in 1953. Diminished by age and with their golden era as the kings of Hollywood comedy now behind them, they face an uncertain future. As the charm and beauty of their performances shines through, they reconnect with their adoring fans. The tour becomes a hit, but Stan & Ollie can’t quite shake the specter of Laurel and Hardy’s past; the long-buried ghosts, coupled with Oliver’s failing health, start to threaten their precious partnership. A portrait of the most tender and poignant of creative marriages, they are aware that they may be approaching their swan song, trying to rediscover just how much they mean to each other. (PG, 98 mins)

“A gentle movie. It’s valedictory, with a sense of the ephemeral nature of life, the inevitability of regret, and the bittersweetness of looking back on past happiness.” – Mick LaSalle, San Francisco Chronicle

“As a winsome glance back, and as a piece of artistic preservation, Stan & Ollie would be enjoyable enough. But it becomes truly transcendent in the hands of John C. Reilly and Steve Coogan, who play Ollie and Stan with intelligence and spirit that go beyond their own uncanny physical performances.” – Ann Hornaday, Washington Post