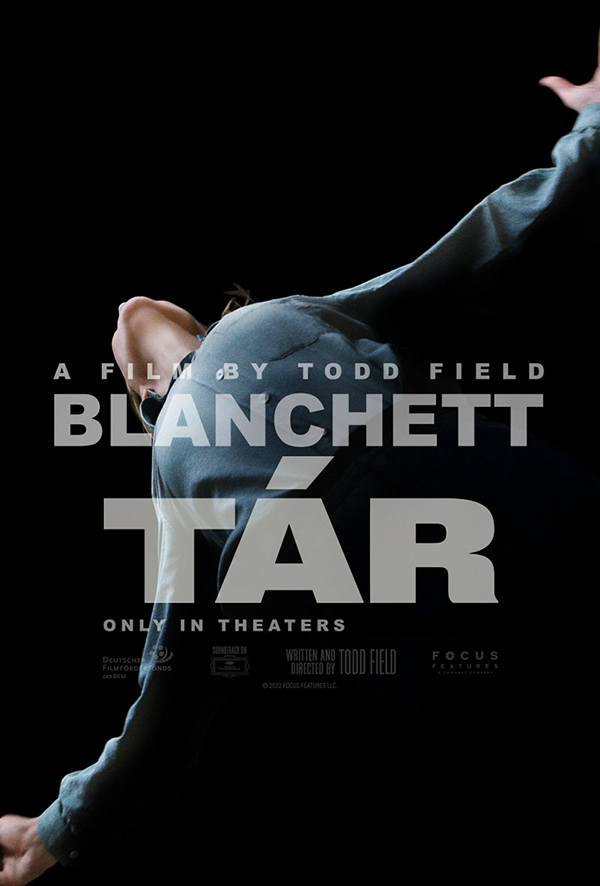 From writer-producer-director Todd Field comes TÁR, starring Cate Blanchett as Lydia Tár, the groundbreaking conductor of a major German Orchestra. We meet Tár at the height of her career, as she’s preparing both a book launch and much-anticipated live performance of Mahler’s Fifth Symphony. Over the ensuing weeks her life begins to unravel in a singularly modern way. The result is a searing examination of power, and its impact and durability in today’s society with 97% RT critics consensus.
(R, 2h 38m)

“Start engraving the name Cate Blanchett on the Oscar for Best Actress. As a virtuoso classical music conductor blindsided by cancel culture, she is an absolute stunner in a Todd Field spellbinder that belongs on every list of the best movies of 2022. “ – Peter Travers, ABC News

“It’s a total knockout, both austere and dryly hilarious, and its quality is impossible to consider separately from its colossal lead performance. “ – Alison Willmore, NY Magazine/ Vulture