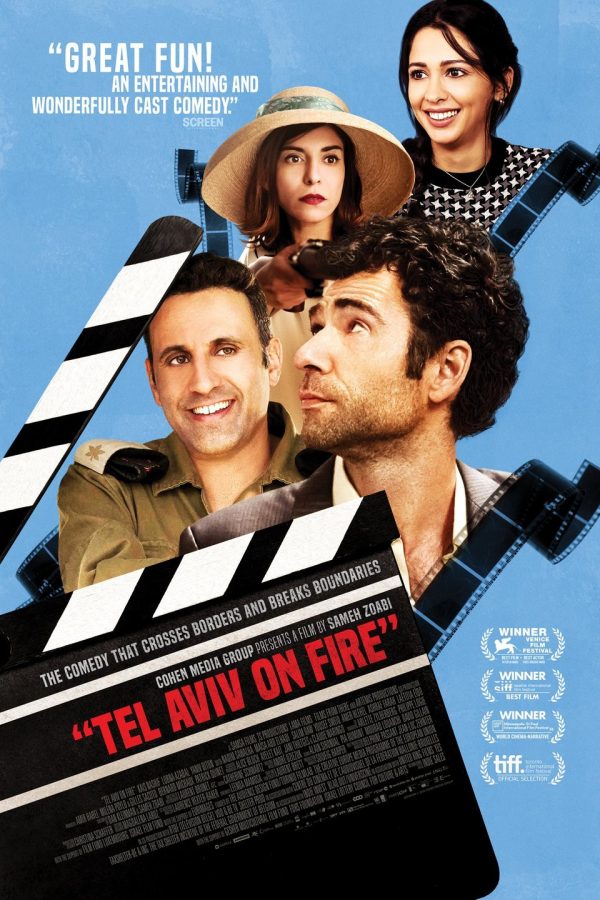 In this romantic dramedy, Salam, a young Palestinian living in Jerusalem, works as a trainee on the Palestinian popular soap opera Tel Aviv on Fire, produced in Ramallah. Every day, to reach the TV studios, he has to go through an Israeli checkpoint. The commander of the checkpoint, Assi, whose wife is a big fan of the soap opera, pressures him to rewrite the script of the show. Unexpectedly, his newfound creative influence brings Salam success. In Hebrew and Arabic with subtitles. (97 mins)

“It might not do much to advance peace in the Middle East, but this witty and charming comedy brings a unique perspective to the Israeli-Palestinian conflict.” – Todd Jorgenson, Cinemalogue

“In offering a comedic take on not just the hostility between Israelis and Palestinians, but also the shared history and culture that bind them, ‘Tel Aviv on Fire’ is an enjoyable respite from the bleakness that is far more typical of their stories.” – Vanessa Larson, Washington Post