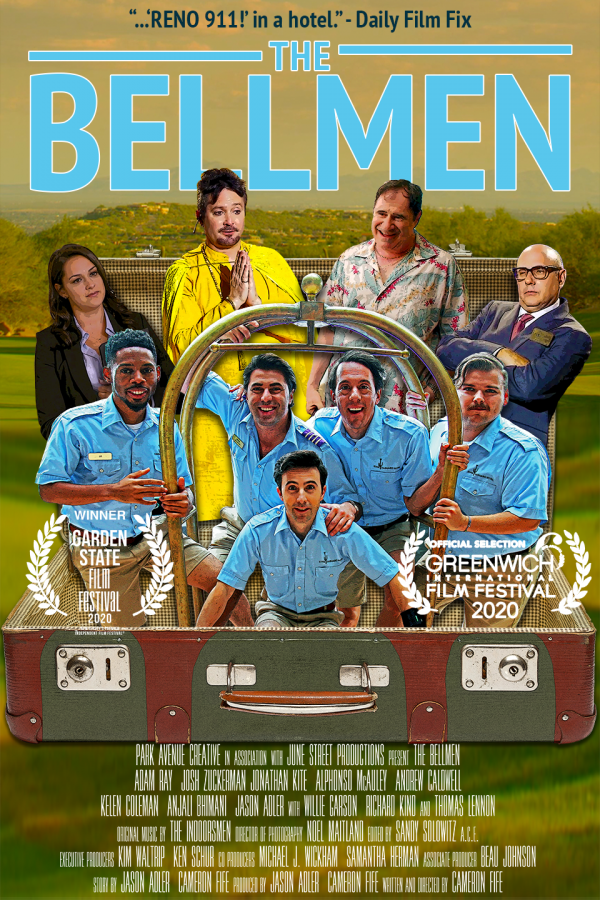 Steve (Adam Ray) is the bell captain at a swanky resort in Tucson, AZ. He decides that the only way to attract the attention of Kelly (Kelen Coleman), the chief concierge, is to lie about being promoted to management. While Steve attempts to keep up the fib and avoid Alan (Willie Garson), the rooms division manager intent on busting him, things get complicated when a spiritual guru named Gunther Gochamonet (Thomas Lennon) has a plan to buy the hotel from the owner, Sid Whitman (Richard Kind), through devious means. Although his bumbling costs him his job, Steve elects to band together the bellmen and do whatever it takes to save the hotel. (97 mins)

Click Here to view via Vimeo and your rental price will support the Naro!
(You will be emailed instructions from Vimeo to view the film. Watch via your Computer, Tablet, Smartphone, Chromecast, or the Vimeo app for Roku or AppleTV.)