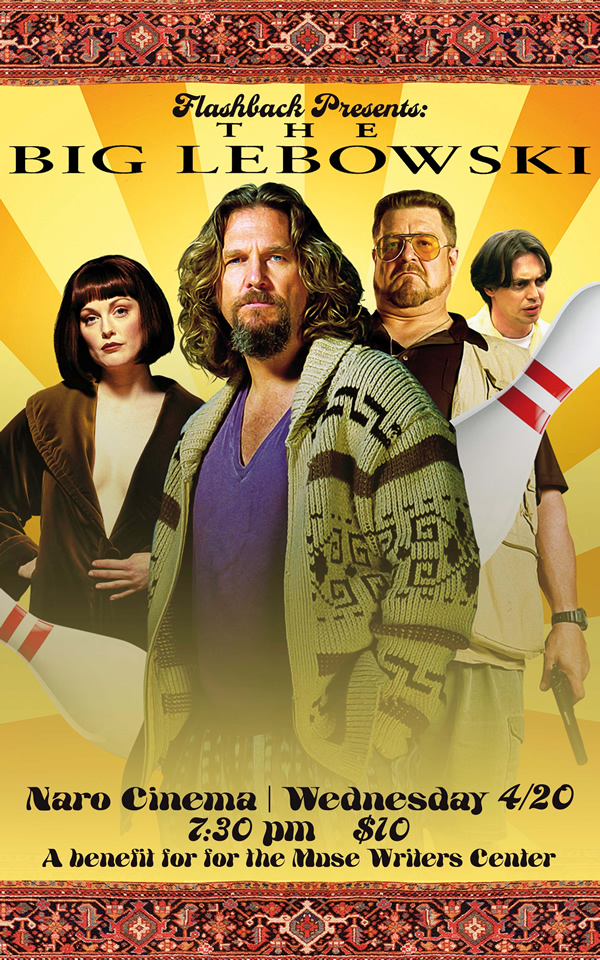 Hey Dudes! Retro films return to The Naro with our first Flashback Feature on 4/20: The Big Lebowski We’ll have plenty of “treats” and adult beverages on hand, so get baked or grab a drink with us! All beer sales will benefit The Muse Writers Center. Admission is $10 – advance tickets may be purchased at the concession stand or over the phone, or at the door, which will open at 7pm for the screening starting at 7:30.

If you’re unfamiliar with the film, it’s  classic black comedy from the Coen Brothers that has developed somewhat of a cult following since its first release in 1998. The perfect film to enjoy on April 20th, the unofficial holiday celebrating cannabis culture, such as it is.