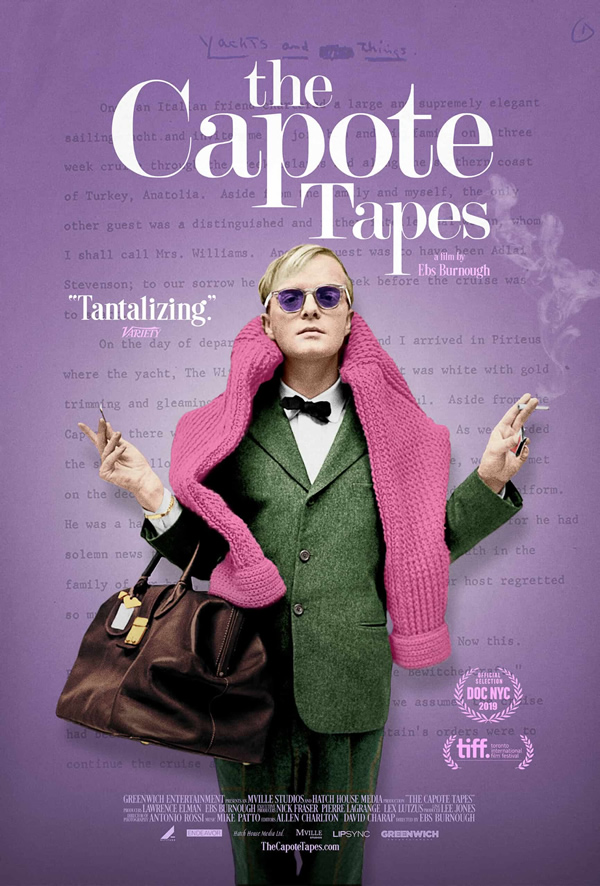 Written in his later life, ‘Answered Prayers’, an epic literary portrait of New York’s glittering jet-set society, was meant to be Truman Capote’s greatest masterpiece. Instead, it sparked the downfall of the iconic author of ‘Breakfast at Tiffany’s‘ and ‘In Cold Blood‘. Through never-before-heard audio archives and interviews with Capote’s famous friends and infamous enemies, this new documentary reveals the rise and fall of one of America’s most influential writers and public figures. (98 mins)

“The most enjoyable thing is hearing the distinctiveness of the voices from a bygone American era…” – Dan Callahan, TheWrap

“The film is worth the price of admission for the talking heads alone.” – Marley Marius, Vogue

Click here to view this film. Your purchase supports Naro Expanded Cinema. Watch via your Computer, Tablet, or Smartphone. You can also watch on your TV via Chromecast or Airplay, or by simply connecting your computer or mobile device to your TV using an HDMI cable.