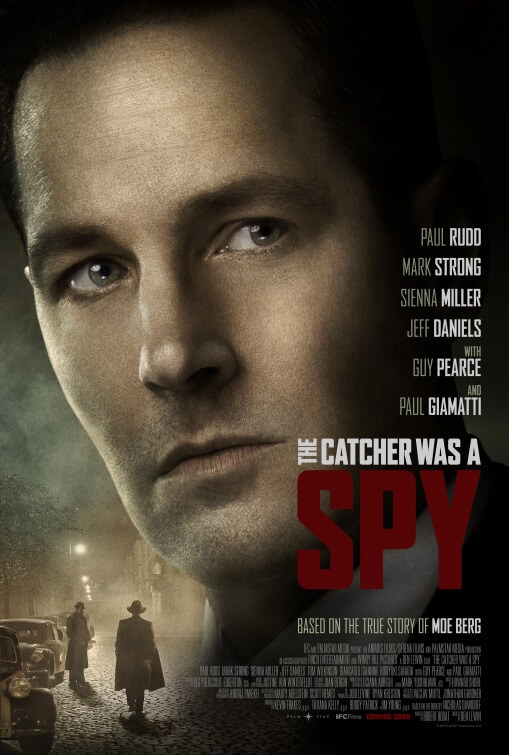 Click Here to visit official site.
The Catcher was a Spy

This gripping, stranger-than-fiction espionage thriller is based on Nathan Dawidoff’s non-fiction book about the life of Moe Berg, the professional baseball player who became a World War II spy. A Jewish, Princeton-educated, multilingual catcher for the Boston Red Sox with a closely-guarded private life, the enigmatic Berg (Paul Rudd) was already a man of mystery when, in 1944, the US government’s wartime intelligence agency enlisted his services. His mission: go behind enemy lines in Europe to assassinate the Nazi’s chief nuclear scientist before the Germans develop an atomic bomb. The great cast features Jeff Daniels, Paul Giamatti, and Sienna Miller. (98 mins)

“Paul Rudd plays Berg with the droll, boyish charm he’s brought to dozens of other roles, but he adds a protective coating. This movie, directed by Ben Lewin from a Robert Rodat script (one adapted from Nicholas Dawidoff’s fascinating 1994 biography of Berg), relishes Berg’s compulsion to remain an enigma even to those closest to him.” – Glenn Kenny, The New York Times