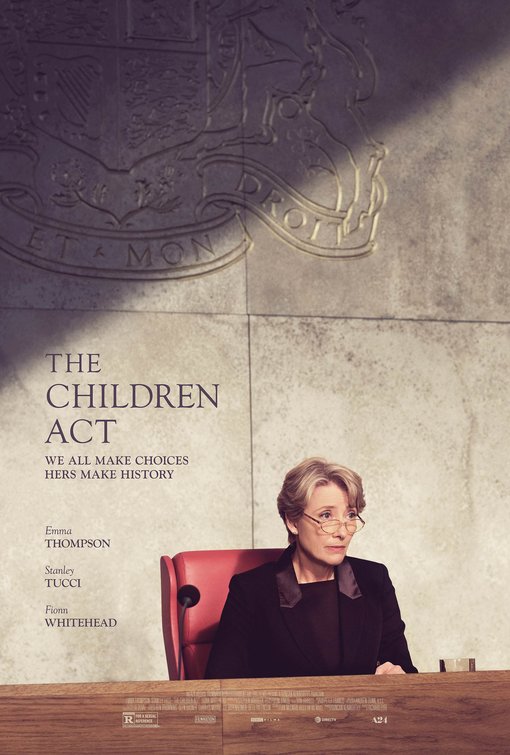 In this film adaptation of Ian McEwan’s best-selling novel, Emma Thompson plays Fiona Maye, an eminent High Court judge in London presiding over ethically complex cases of family law. But she has paid a heavy personal price for her workload, and her marriage to American professor Jack (Stanley Tucci) is at a breaking point. In this moment of personal crisis, Fiona is asked to rule on the case of Adam (Fionn Whitehead), a brilliant boy who is refusing the blood transfusion that will save his life. Adam is three months from his 18th birthday and still legally a child. Should Fiona force him to live? Fiona visits Adam in the hospital and their meeting has a profound emotional impact on them both, stirring strong new emotions in the boy and long-buried feelings in her. (R, 105 mins)

“The Children Act is that rarest of things: an adult drama, written and interpreted with a sensitivity to mature human concerns.” – Peter Debruge, Variety

“Accompanied, appropriately enough, by Bach piano pieces, The Children Act is an unmitigated pleasure to watch and listen to, primarily as a showcase for Thompson’s incomparable gifts as an actress.” – Ann Hornaday, Washington Post