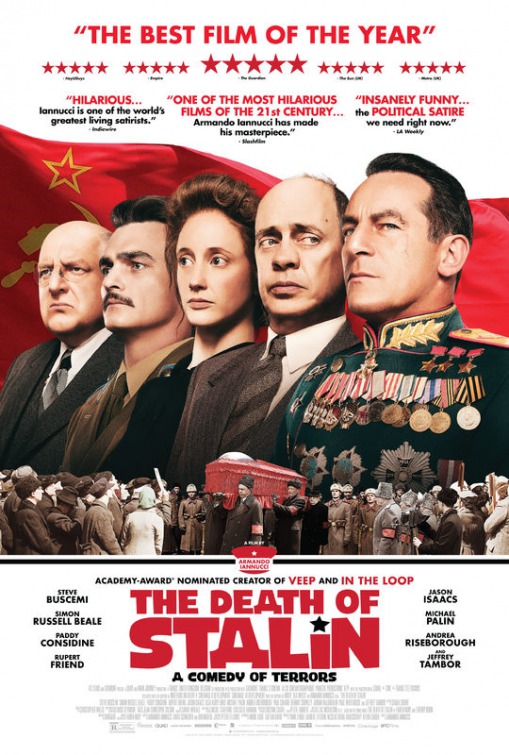 Click Here to visit official site.
The Death of Stalin

The one-liners fly as fast as political fortunes fall in this uproarious, wickedly irreverent satire from Armando Iannucci (Veep, In the Loop). Moscow, 1953: when tyrannical dictator Joseph Stalin drops dead, his parasitic cronies square off in a frantic power struggle to be the next Soviet leader. Among the contenders are the dweeby Georgy Malenkov (Jeffrey Tambor), the wily Nikita Khrushchev (Steve Buscemi), and the sadistic secret police chief Lavrentiy Beria (Simon Russell Beale). But as they bumble, brawl, and backstab their way to the top, just who is running the government? (107 mins)

“I keep finding myself wanting to compare it to 1964’s “Dr. Strangelove,” Stanley Kubrick’s Cold War comic masterpiece — which, as any movie buff will tell you, is exceptionally high praise. In this case, it’s also warranted.” – Mike Scott, New Orleans Times

“The Death of Stalin is by turns entertaining and unsettling, with laughs that morph into gasps and uneasy gasps that erupt into queasy, choking laughs.” – Manhole Dargis, The New York Times