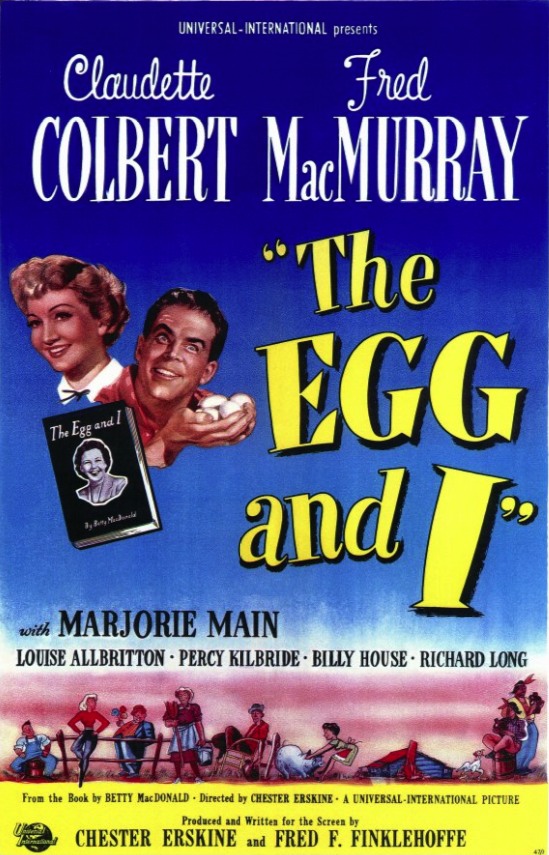 The Egg and I

AUGUST 20 & 21 Traditionally, the festival ends with a comedy, and this is one of the most appealing, headlined by the highly likable Claudette Colbert and Fred MacMurray as a city couple who try to run an egg farm in the country. Pamper the pullets but keep the roosters out. It is a riotous culture clash especially enjoyable by all those tho made Tammy a surprise hit a year ago. Based on a best-selling novel by Betty MacDonald, it features an Academy-nominated performance by Marjorie Main as raspy-voiced Ma Kettle. (She and Percy Kilbride subsequently co-starred in nine hit sequels that virtually kept Universal Studios in business). This is the night, too, that we vote, choosing the best four performances of the festival: actor, actress and supporting actor and actress. It goes in the record book so, be careful. The closing-night party, to which all ticketholders are invited, will again take place next door at YNot Italian—and why not? A 15-year run is something to celebrate. (1947, 108 mins)