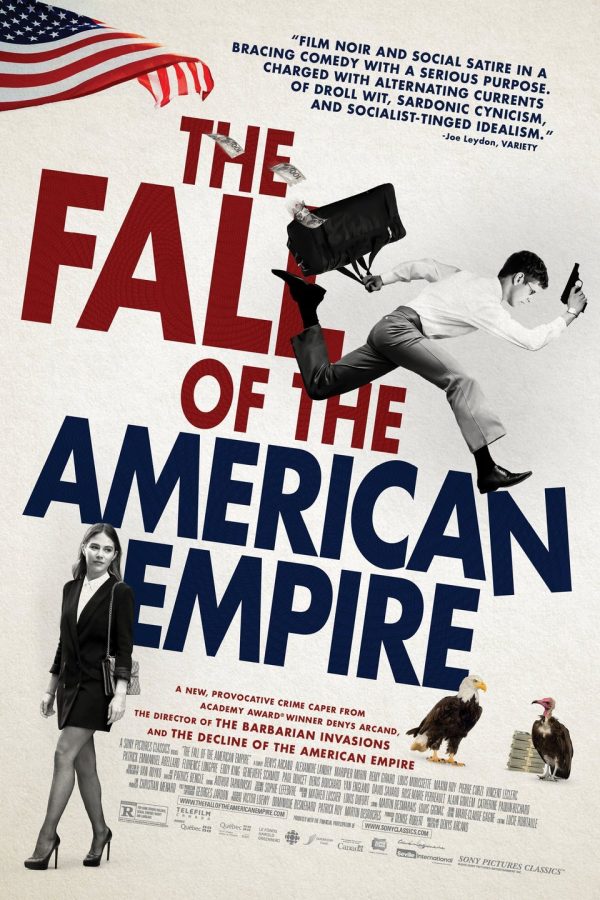 Click Here to visit official site.
The Fall Of The American Empire

Pierre-Paul Daoust is an intellectual living in Montreal with a PhD in philosophy, but who is forced to work as a deliveryman to afford a decent living. While delivering a parcel, he gets caught in a hold up gone terribly wrong – two dead and millions in money bags laying on the ground. Pierre-Paul is confronted with a dilemma: leave empty handed, or take the money and run? From Canadian filmmaker Denys Arcand. (R, 127 mins)