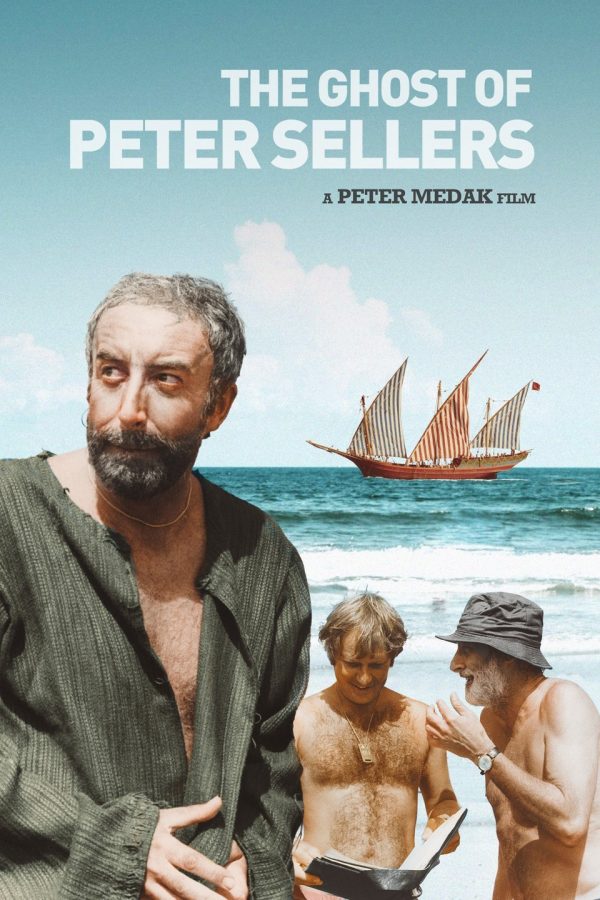 The Ghost of Peter Sellers

This feature length documentary tells the tale of director Peter Medak’s (The Ruling Class) ill-fated Hollywood 17th Century pirate comedy — Ghost in the Noonday Sun — starring Peter Sellers. Sellers lost confidence with the film as soon as it began and desperately tried to sabotage it, firing the producers in the first week and then setting his sights on his friend the director. The Ghost of Peter Sellers is a comic-tragic tale about what it takes to be a film director and survive your biggest disaster. (93 mins)

$10.00* Click Here to view via Vimeo and your rental price will support the Naro!
(You will be emailed instructions from Vimeo to view the film. Watch via your Computer, Tablet, Smartphone, Chromecast, or through the Vimeo app on Roku or AppleTV.)
*Note – If your rental price shows up as $18, use promo code naro at checkout.

“This cinematic therapy session turns out to be one of the more fascinating dissections of a film that failed.” – Roger Moore, Movie Nation

“What’s most fascinating is that there’s no self-indulgence on Medak’s behalf. It’s a filmmaker coming to terms with a deep bruise in his life, and the realization that time may heal all wounds, but will still leave a scar.” – Richard Whittaker, Austin Chronicle

“Deeply entertaining and profoundly moving, ‘The Ghost of Peter Sellers’ offers a slice of forgotten movie history that, it turns out, is well worth remembering.” – Christopher Llewellyn Reed, Hammer to Nail