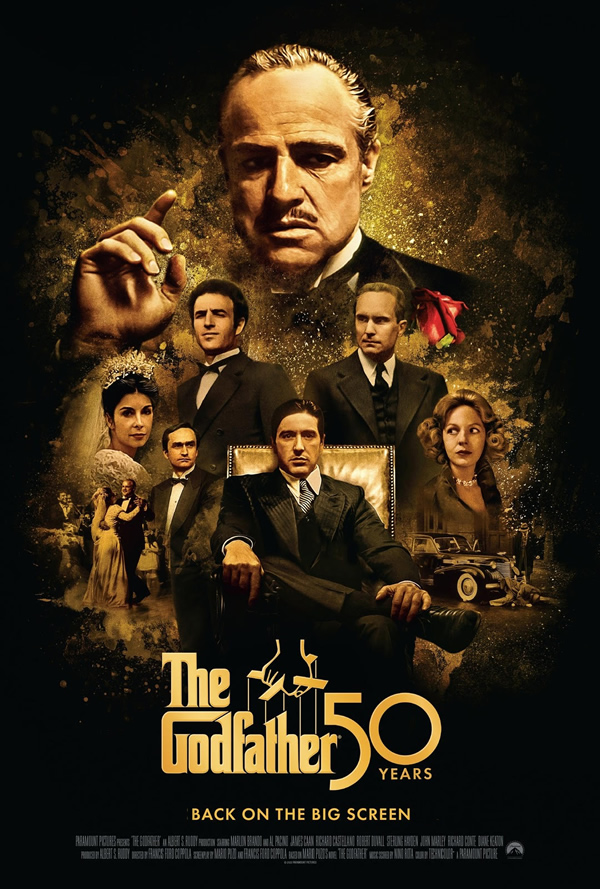 Back in 1972 young filmmaker Francis Ford Coppola battled the studio every step of the way as he transformed Mario Puzo’s pulp bestseller into an impossibly rich, deeply personal meditation on family, power, violence and the harsh realities of the American Dream. Filled with some of film history’s most iconic and imitated moments (Brando and the orange peel, “take the cannoli,” and that infamous horse’s head, to name just a few), The Godfather has embedded itself in American popular culture in ways that few other films have, pleasing both audiences and critics alike, and becoming that true rarity: a massive, blockbuster entertainment that is also great movie art. Featuring Oscar-winner Marlon Brando in his immortal role as the ultimate family patriarch, Don Vito Corleone, The Godfather also contains a “who’s who” of legendary ‘70s performers, including Robert Duvall, James Caan, Diane Keaton, Talia Shire, John Cazale and newcomer Al Pacino as youngest son Michael, who is drawn ever deeper into the family business. (R, 175 mins) Newly restored in 4K Ultra HD and Digital SurroundSound.

Note: This was the first feature film to be booked at the Naro Expanded Cinema when we opened our business back in September of 1977!

“The Godfather is the most memorable, most influential, most quoted, most beloved, most discussed, most imitated, most revered and most entertaining American movie ever made.” – Richard Roeper, Chicago Sun-Times