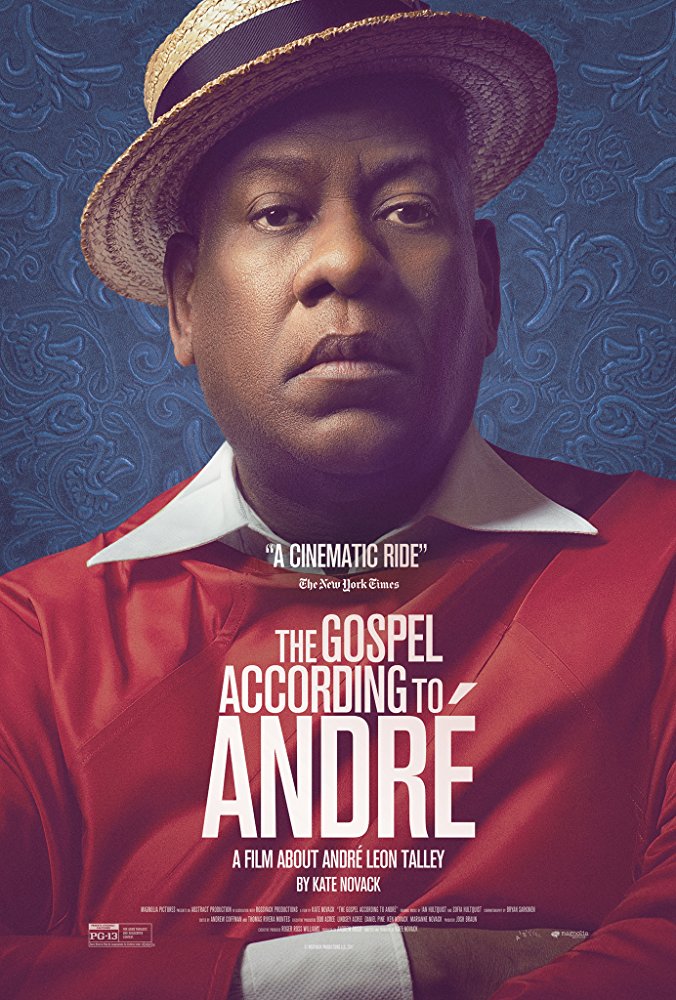 Click Here to visit official site.
The Gospel According to André

André Leon Tally has been a fixture in the world of fashion for so long that it’s difficult to imagine a time when he wasn’t defining the boundaries of great style. Kate Novack’s intimate portrait, The Gospel According to André, takes viewers on an emotional journey from André’s roots growing up in the segregated Jim Crow South to become one of the most influential tastemakers and fashion curators of our times. (94 mins)

“It’s a rare delight to spend so much time with the inimitable André. This revealing documentary shows the playful, loving and vulnerable side to this towering figure of taste.” – Katie Walsh, Los Angeles Times

“‘Gospel’ is Novack’s first solo feature, though she co-directed ‘Eat This New York’ with husband Andrew Rossi, whose ‘Page One: Inside the New York Times’ she also produced, and she seems to have an implicit understanding that shot composition is every bit as important in a documentary as in a narrative feature.” – Andrew Barker, Variety