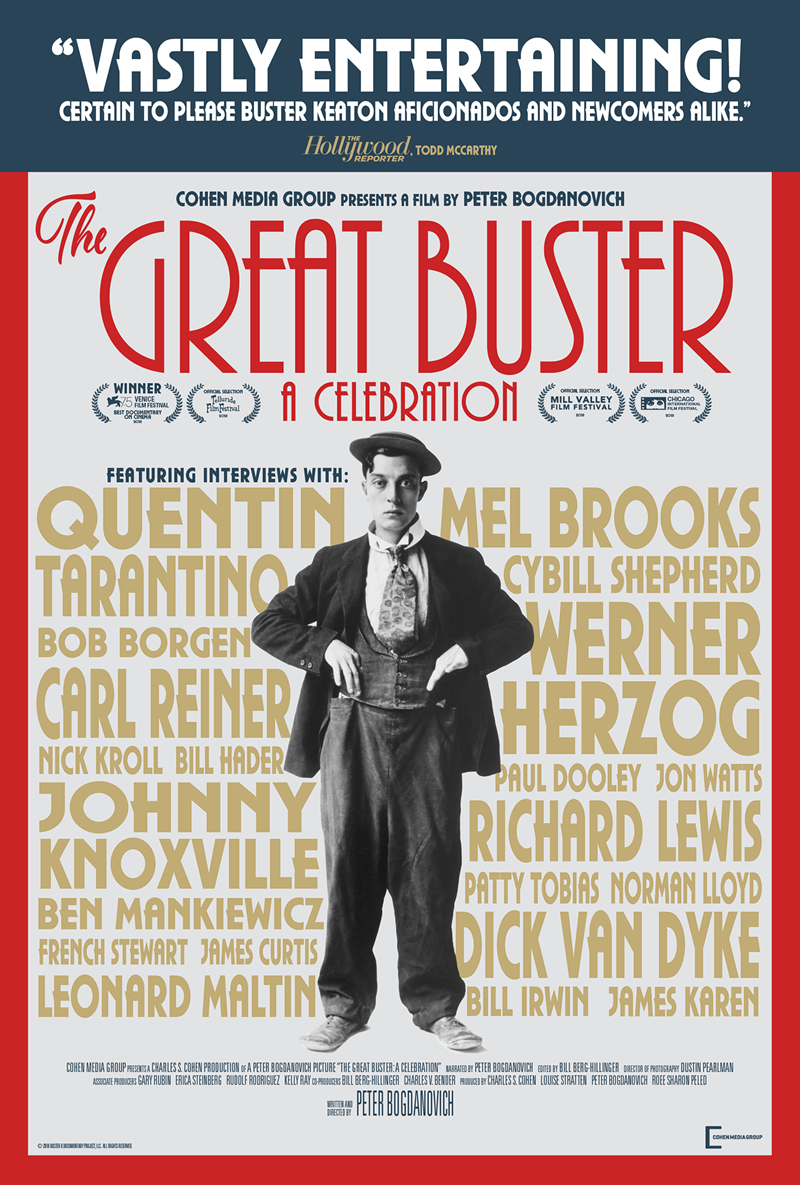 One of the greatest actor-filmmakers in the history of cinema. Buster Keaton was the director, writer, producer, star, and stuntman of his own innovative films during the silent era of the 1920s that produced the iconic masterpieces The General and Steamboat Bill Jr. This new documentary is a fitting tribute from filmmaker Peter Bogdanovich (The Last Picture Show), a cinema historian whose landmark writings and films on such renowned directors as John Ford and Orson Welles have become the standard by which all other studies are measured. Bogdanovich interviews filmmakers, performers, and friends, including Mel Brooks, Quentin Tarantino, Werner Herzog, Dick van Dyke and Johnny Knoxville, who discuss Keaton’s influence on modern comedy and, indeed, cinema itself. (102 mins)

“Buster Keaton is the essence of movies. He is one of the inventors of cinema.” – filmmaker Werner Herzog

“Any doubters are advised to see this movie, then treat themselves to a viewing of The General. Case closed.” – Walter Addiego, San Francisco Chronicle