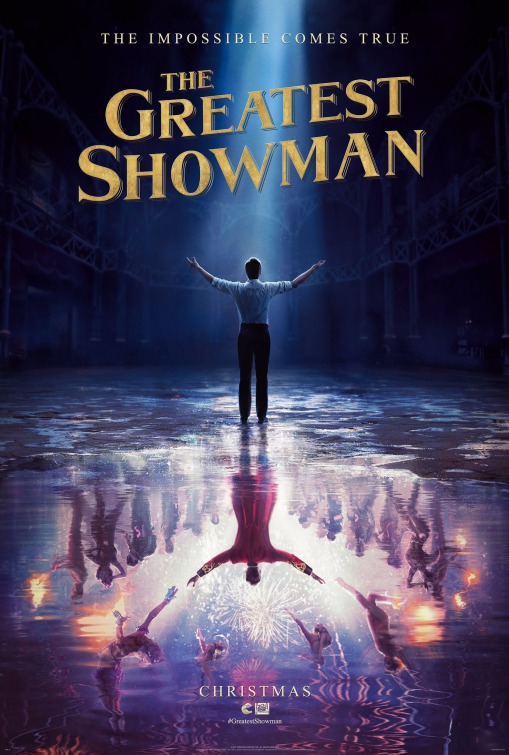 Orphaned, penniless but ambitious and with a mind crammed with imagination, Phineas Taylor Barnum or P.T. Barnum (Hugh Jackman) is an ambitious young man who opens a wax museum but soon shifts his focus to the circus stage. Some will call Barnum’s wide collection of oddities, a freak show; when the showman gambles everything on the opera singer Jenny Lind to appeal to a high-brow audience, he will somehow lose sight of the most important aspect of his life – his family. Will Barnum risk it all to be loved and accepted by the public? This hugely successful movie musical also stars Michelle Williams and Zac Efron. (PG, 105 mins)

“The Greatest Showman, directed with verve and panache by Michael Gracey, is an unabashed piece of pure entertainment, punctuated by 11 memorable songs composed by Oscar- and Tony-winning duo Benj Pasek and Justin Paul.” – Sheila O’Malley, RogerEbert.com

“Ultimately, the whole point of the picture comes down to the tune “This Is Me.” The crux of the song, led by the impressive Keala Settle, is to be comfortable in your own skin no matter what the masses may say.” – Dan Mecca, The Film Stage