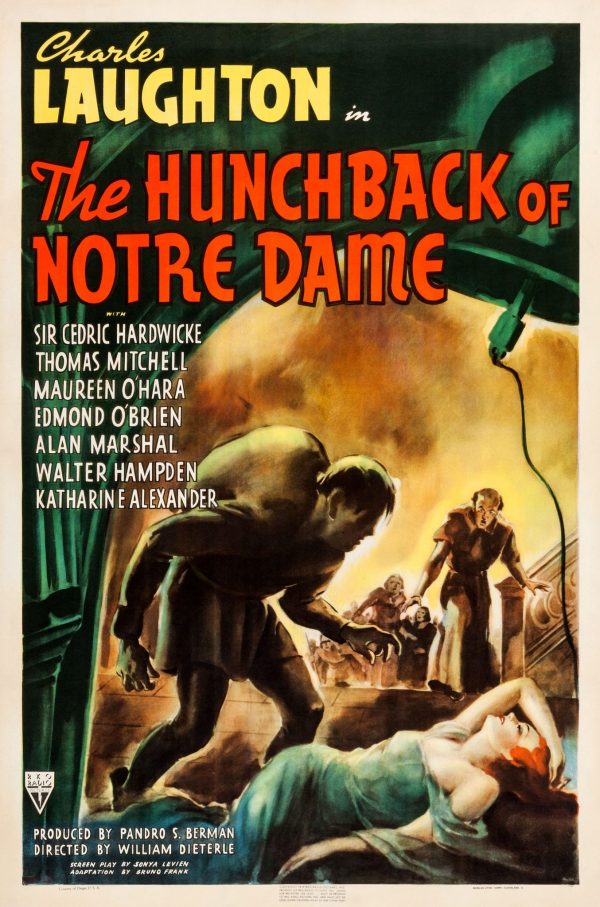 The Hunchback of Notre Dame

Charles Laughton and Maureen O’Hara star in this classic 1939 spectacle with a cast of thousands and sets that only Hollywood could have created to capture the look of the original medieval cathedral—a building that is much in the minds of people around the world after this year’s tragic fire. After the tragedy, Victor Hugo’s novel once again shot to the top of best seller lists in France. The film offers further proof that there was a time when Hollywood set designers were experts at creating the mood, and architecture, of the past. No one could successfully overact like Charles Laughton, and Quasimodo the hunchback is his supreme achievement. (Laughton won the festival’s Best Actor award earlier for Witness for the Prosecution and will be in the running again this year). The film received Oscar nominations for Alfred Newman’s music and for its sound. Directed by William Dieterle. (1939, 117 mins)