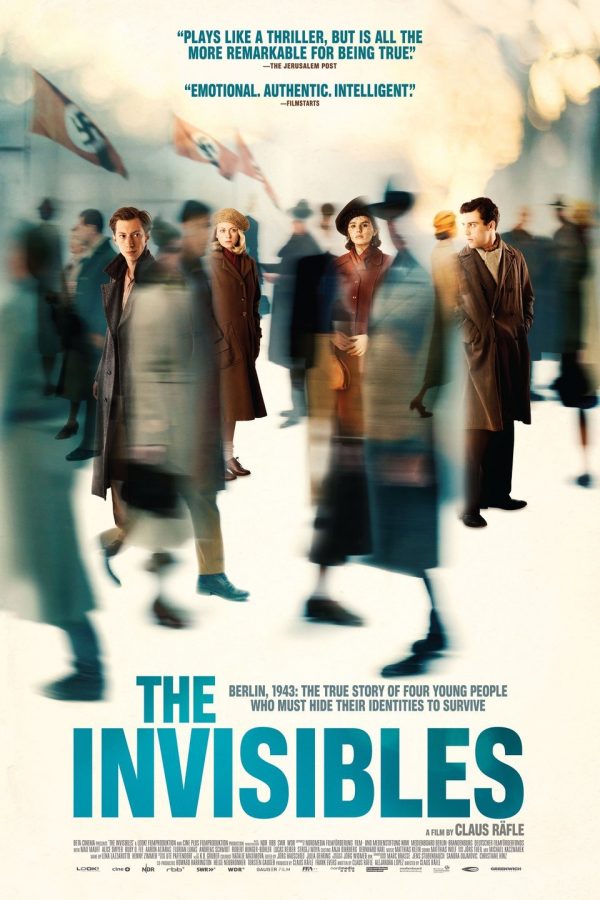 While Goebbels infamously declared Berlin “free of Jews” in 1943, 1,700 managed to survive in the Nazi capital. Claus Räfle’s gripping docudrama traces the stories of four real-life survivors who learned to hide in plain sight. Moving between cinemas, cafés and safe houses, they dodged Nazi officials and a dense network of spies and informants. Yet their prudence was at odds with their youthful recklessness, prompting them to join the resistance, forge passports, or pose as Aryan war widows. Masterfully weaving these story threads together, The Invisibles is a testament to the resourcefulness, willpower and sheer chance needed to survive against incredible odds. In German with subtitles. (110 mins)

With Introduction by Barbara Gardner.

“The Invisibles is a powerful testament to the remarkable courage of those forced into heroism, and to the exceptional strength of those who chose it freely.” – Elizabeth Weitzman, The Wrap

“A film like The Invisibles is part of bearing “precise witness.” We clearly need reminders, and constant ones, of the end result of “otherizing” an entire group of people.” – Sheila O’Malley, RogerEbert.com