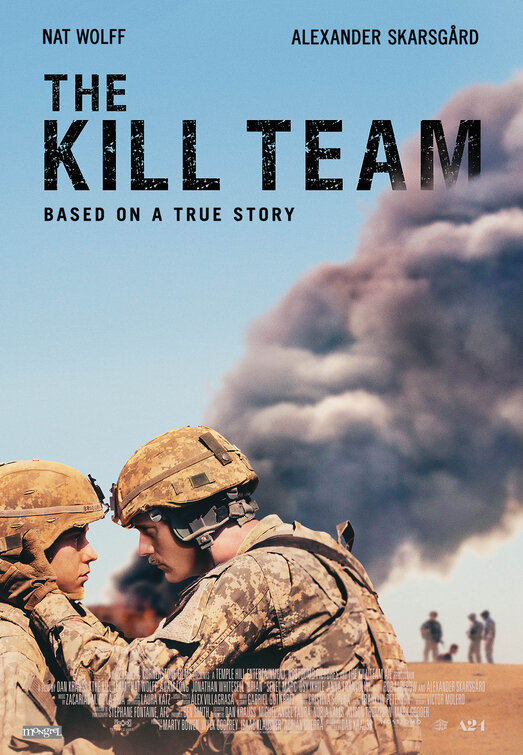 Based on his 2013 documentary of the same name (and, thus, a true story), writer-director Dan Krauss’ narrative retelling depicts the methodical murderous inculcation of a young American soldier in 2010 Afghanistan, led by a committed performance from Nat Wolff and a scarily sociopathic Alexander Skarsgård. The film is based on the Maywand District murders, in which a ‘kill team’ of U.S. soldiers stationed in the Kandahar Valley executed a number of Afghan civilians and then covered up their crimes by staging the scenes to look like attacks. (87 mins)

“Both a tense moral thriller and a disheartening account of our country’s actions abroad.” – Monica Castillo, TheWrap

“Riveting in its intensity as well as a tremendous showcase for Alexander Skarsgård and Nat Wolff.” – Joey Magidson, AwardsCircuit.com