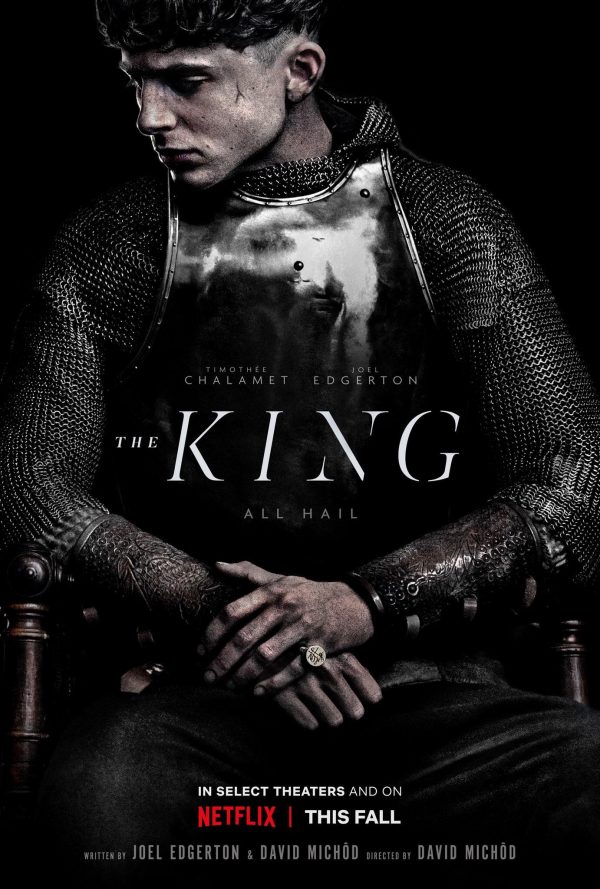 In the 15th century, Hal (Timothée Chalamet), wayward prince and reluctant heir to the English throne, has turned his back on royal life and is living among the people. But when his tyrannical father dies, Hal is crowned King Henry V and is forced to embrace the life he had previously tried to escape. Now the young king must navigate the palace politics, and his relationship with the aging alcoholic knight, John Falstaff (Joel Edgerton). (R, 140mins)

“… when you take an actor who looks like this and cast him as a young king, it’s not just about how fascinating the role is — the film is capturing the elevation of his stardom.” – Owen Gleiberman, Variety