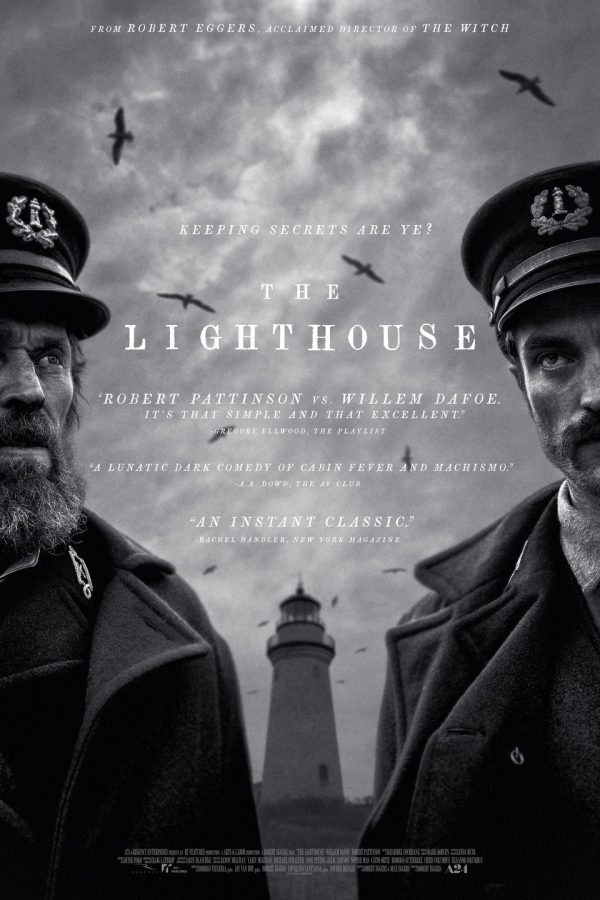 From Robert Eggers, the visionary filmmaker behind modern gothic masterpiece The Witch, comes this hypnotic and hallucinatory tale of two lighthouse keepers on a remote and mysterious New England island in the 1890s. Robert Pattinson and Willem Dafoe are transformative in their roles as tortured individuals who try to maintain their sanity while living in complete isolation and battling the harsh and extreme environment of the rugged Maine coastline. (R, 110 mins)

“By turns funny, sinister, haunting, historically fascinating and mythical, ‘The Lighthouse’ is one of the best films of the year.” – Sara Stewart, New York Post

“Very few films can make you scared and excited at the same time. Just like the lighthouse beam, this is dazzling and dangerous.” – Peter Bradshaw, The Guardian

“The movie, building on ‘The Witch,’ proves that Robert Eggers possesses something more than impeccable genre skill. He has the ability to lock you into the fever of what’s happening onscreen.” – Owen Gleiberman, Variety

“Eggers has created a film of disturbing horror, absurdist comedy and probing psychodrama which defies the generic boundaries as it breaks through them. ‘The Lighthouse’ is a saltwater gothic masterpiece.” – John Bleasdale, Cinevue