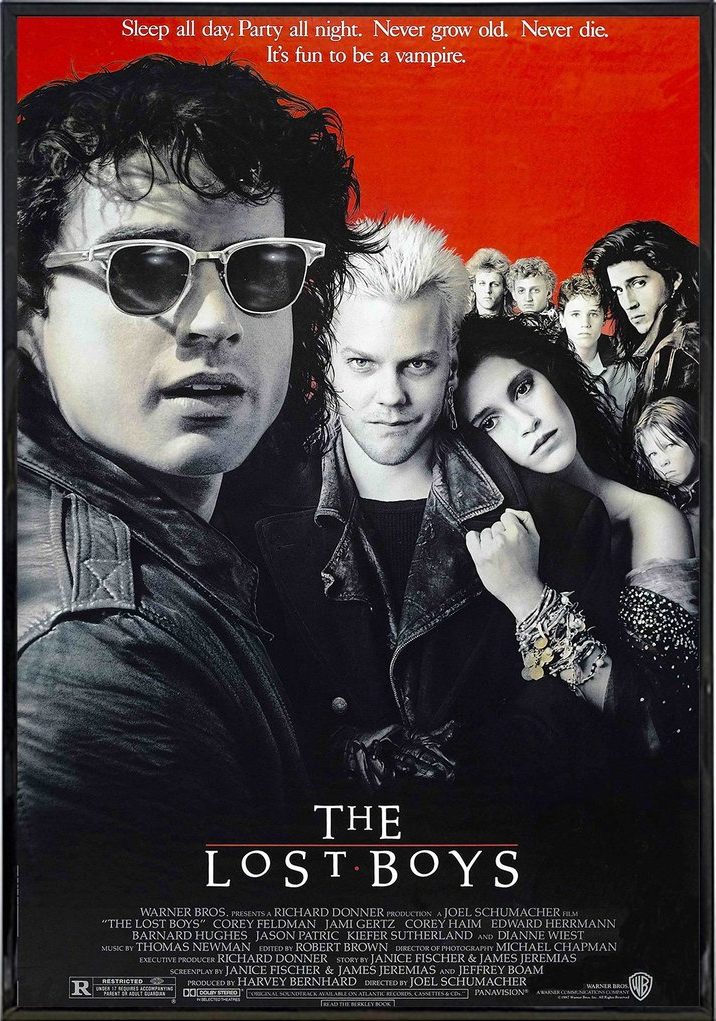 Greetings vampires and mortals, join us at the cinema for a night of debauchery as we show The Lost Boys on Friday, July 22nd. We’ll have the usual refreshments available, with sales benefiting The Muse Writers Center. Friendly reminder alcohol sales are CASH only! As always, we’ll have trivia prizes and posters will be for sale from our pal Greg Steele. As a *special surprise* we’ll be doing a ticket giveaway for Best Dressed to a special event at 80/20 Burger Bar: Lost Boys Night featuring Tim Cappello. So come dressed to impress! See you there, maggots.

THE MOVIE: Teenage brothers Michael (Jason Patric) and Sam (Corey Haim) move with their mother (Dianne Wiest) to a small town in northern California. While the younger Sam meets a pair of kindred spirits in geeky comic-book nerds Edward (Corey Feldman) and Alan (Jamison Newlander), the angst-ridden Michael soon falls for Star (Jami Gertz) — who turns out to be in thrall to David (Kiefer Sutherland), leader of a local gang of vampires. Sam and his new friends must save Michael and Star from the undead. (1987, R, 98mins)